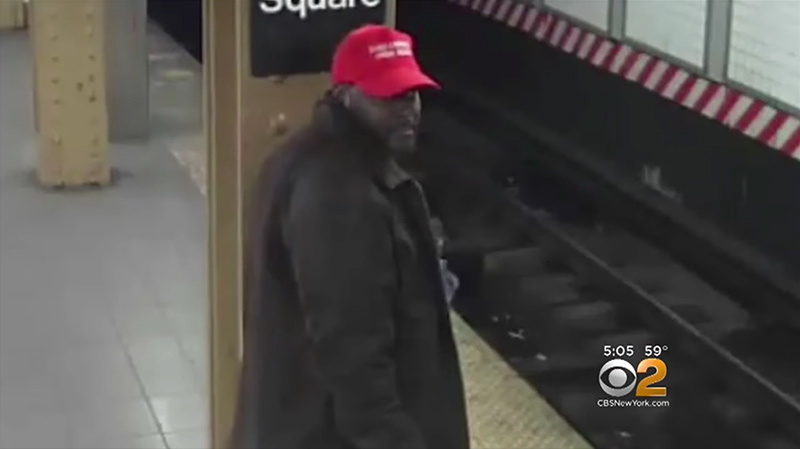 A black New York City Trump supporter was falsely accused of a violent crime and apprehended by police Monday – but it turned out they had the wrong guy.

Harold “Tubby” Augustus, a car salesman, was wrongly identified as a man who assaulted an individual in the subway Sunday while wearing a Make America Great Again hat.

CBS New York reports the suspect in the MAGA hat made “multiple derogatory remarks regarding the victim’s ethnicity,” punched him in the head several times, and pushed him onto the subway tracks.

Surveillance video shows the suspect, who police described as a “black man with a dark complexion and heavyset build” wearing the US President’s trademark headgear, standing on a subway platform.

When they came across Augustus, cops thought they had their guy, but it turns out there’s more than one black Trump supporter in the Bronx.

“I understood it was the hat. That’s what it really came down to, because is this rare? To see an African American wearing a Trump hat? But you know, he’s our president, you gotta love him,” Augustus told CBS.

Augustus described the Monday morning police raid on the nail salon where he was getting a manicure.

Despite the misidentification, Augustus says he hopes police find the right guy.

“The guy’s a pure scumbag. I hope you all have a picture of him and you get who this guy is.”

Police are still looking for the suspect.