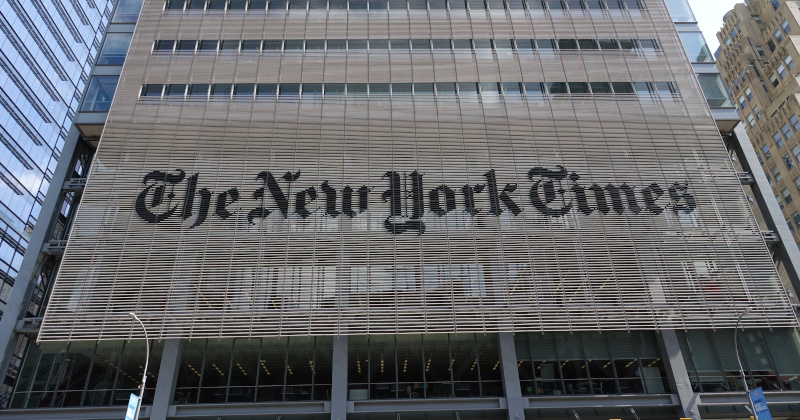 “Democrats block action on $1.8 trillion stimulus,” the Times’ originally titled their coverage on Sunday night. The blunt headline was a bit of a shock from the usually left-wing-friendly newspaper.

It didn’t take long, however, for things to change. While GOP senators like Mitch McConnell and Mitt Romney ripped Democrats for blocking the CARES Act – a nearly $2 trillion stimulus plan meant to help struggling businesses and individuals through the coronavirus pandemic – the NYT began tweaking their headline.

An updated headline from the paper clarified that Democrats were “seeking worker protections” to be added to the bill. A third headline then placed blame for the bill’s failure on no one in particular and generically stated: “Partisan divide threatens deal on rescue bill.”

The Times’ story is unusually critical of the outlet’s typical approach to Democrats, but the rabbit hole of headline changes did not go unnoticed, with the paper being accused of spinning the news to make Dems appear more “favorable.”

Democrats claim the CARES Act did not provide enough restrictions on bailed-out businesses or give sufficient protections for workers – despite the bill having bipartisan support before being blocked – and Nancy Pelosi has announced that her party will soon be “introducing our own bill.” Republicans, however, have argued that timing is everything.

The coronavirus crisis has certainly been an interesting period for the mainstream media. On top of the Times’ changing coverage over Dems’ late-night reversal on the stimulus plan, CNN’s Jake Tapper openly admitted over the weekend to not fact-checking New York Congresswoman Alexandria Ocasio-Cortez when she falsely claimed on his program that the Trump administration had labeled the coronavirus a “hoax.” Tapper said he noticed the mistake, but decided against pointing it out because the president “lies so often.”