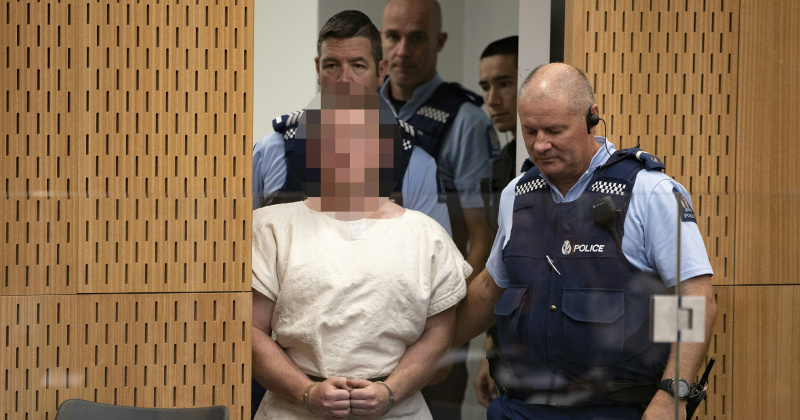 Brenton Tarrant, the suspect behind the massacre of 50 people at two New Zealand mosques, has fired his court-appointed lawyer and wants to defend himself amid concerns he might use the high-profile trial to promote his beliefs.

Tarrant, a 28-year-old Australian charged with murder over the brutal attack, has sacked his lawyer Richard Peters, the attorney told the NZ Herald on Sunday.

The alleged shooter parted ways with Peters on Saturday, shortly after his brief appearance before Christchurch District Court that morning. Peters said that the Australian “seemed quite clear and lucid” as he refused his legal assistance.

“He didn’t appear to me to be facing any challenges or mental impairment, other than holding fairly extreme views,” the lawyer said. Apart from the calm demeanor the attacker displayed during his several minutes before the judge, little is known about his current state of mind since Tarrant had not issued a statement or attempted to address the court.

He did not seek bail, neither did he appeal to have his name withheld.

The mass shooting in New Zealand appears to line up with the narrative that conservatives are violent and hateful and therefore deserve to be censored. Matt Bracken joins Alex to reveal how actually Facebook is responsible for the attention this murderer received.

Tarrant’s now-former lawyer said that the alleged assailant did not appear to show any remorse – though they did not specifically discuss that topic.

According to Peters, his sacking might be an early indication that Tarrant wants to make the most of his trial by treating it as an opportunity to promote his violent extremist views. In that case, it will be up to the presiding judge to cut short any such PR stunt.

“I suspect that he won’t shy away from publicity, and that will probably be the way he runs the trial. The job of the trial judge will be to deal with that.”

The lawyer believes the court will not be “very sympathetic” to Tarrant if he opts to use it as a tool in his propaganda game.

While the court cannot preclude Tarrant from representing himself, it is likely to appoint a lawyer who would advise the alleged attacker on the rules of judicial procedure, Peters noted.

As concerns are mounting that the alleged gunman could subvert the NZ judicial system to serve his own interests, the New Zealand authorities are asking the media and the general public to give Tarrant as little exposure as possible.

Judging by his previous actions, publicity is exactly what Tarrant is seeking. He sent a lengthy manifesto to NZ Prime Minister Jacinda Ardern’s office 10 minutes before going on a shooting rampage inside the Al Noor mosque. He then live-streamed the whole massacre on Facebook.

While the original video has long since been removed, Facebook is still struggling to delete copies, having erased 1.5 million instances of the video in the first 24 hours after the attack.

In order to prevent the spread of the video, the New Zealand government has cracked down on those who defy the ban on ‘objectionable’ content.

On Sunday, a 22-year-old man was arrested for allegedly distributing the blood-curdling video. The man, who faces jail if found guilty, will appear before court on Monday.

The alleged shooter’s next appearance before the judge is scheduled for April 5.

The Mosque shooter’s manifesto is filled with contradictions typical of an insane person. Alex Jones takes this story head on and delivers his break down of the manifesto meant to be a window into the killer’s mind.