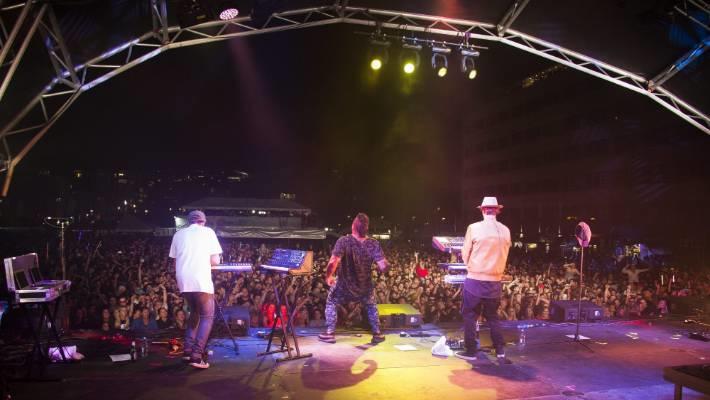 On Saturday, around 5,000 concertgoers were evacuated from the Homegrown Music Festival in Wellington because a festival worker reported someone with a ‘far-right’ tattoo.

After the roughly 30 minute evacuation, the tattoo was discovered to be “traditional” instead, according to the New Zealand Herald (h/t Cassandra Fairbanks of Gateway Pundit)

“Some of the Homegrown crew identified a person that they were concerned about and police made the call that person needed to be found,” said Homegrown spokeswoman Kelly Wright, adding that the incident was an “innocent misunderstanding.”

“It all happened at the change-over of the music so people were moving around and police couldn’t spot the person immediately so they made the call to evacuate the stage. The person was found and it turned out that is was a completely innocent misunderstanding and everyone was allowed to return.”

According to New Zealand’s Chief Censor David Shanks, a so-called manifesto attributed to suspected gunman Brenton Tarrant was ruled “objectionable” on Saturday, making it a crime to possess or distribute it anywhere in the country.

“People who have downloaded this document, or printed it, should destroy any copies,” said Shanks.

“There is an important distinction to be made between ‘hate speech,’ which may be rejected by many right-thinking people but which is legal to express, and this type of publication, which is deliberately constructed to inspire further murder and terrorism,” said Shanks, adding “It crosses the line.”

Prosecutors have also gone after people who shared that video.

As of Thursday, at least two people had been charged with sharing the video via social media, under a law that forbids dissemination or possession of material depicting extreme violence and terrorism.

Others could face related charges in connection with publicizing the terrorist attack, under a human rights law that forbids incitement of racial disharmony. –NYT

“It promotes, encourages and justifies acts of murder and terrorist violence against identified groups of people,” said Shanks. “It identifies specific places for potential attack in New Zealand, and refers to the means by which other types of attack may be carried out. It contains justifications for acts of tremendous cruelty, such as the deliberate killing of children.”

As far as ‘hate speech’ which is ‘legal to express,’ Shanks may want to touch base with police in Masterton, who announced that they were charging a 28-year-old woman with ‘inciting racial disharmony‘ over a Facebook post which contained an “upsetting” message related to “the events in Christchurch and this person’s views on what had occurred.”

“We were made aware that this post had been put up on Facebook which had upset a number of people to the point that they felt uncomfortable taking kids to school because of the comments that had been made,” said Sergeant Jennifer Hansen.

Meanwhile, several Kiwis who have shared videos of the Christchurch massacre at work have been fired.

Free speech advocates, however, are concerned with Ardern’s censorship-heavy approach.

“People are more confident of each other and their leaders when there is no room left for conspiracy theories, when nothing is hidden,” Stephen Franks, a constitutional lawyer and spokesman for the Free Speech Coalition, told AP.

“The damage and risks are greater from suppressing these things than they are from trusting people to form their own conclusions and to see evil or madness for what it is.”

“We need to stop putting band-aids on gunshot wounds,” she said. “We’re spending so much time talking about ‘we can’t have videos like this’…rather than answering questions that need to be asked.”

Into the memory hole

Meanwhile, journalist Nick Monroe noted that New Zealand news outlet Stuff has deleted an article in which a 30-year-old New Zealand resident converted to Islam and was “introduced to radical Islam at the Al-Noor mosque in Christchurch.”