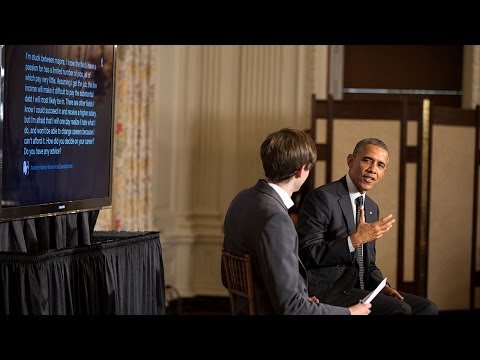 On Tuesday, Barack Obama once again shared his desire for Australian-style gun control to be imported stateside. While participating in a Q&A session involving the social media website Tumblr, Obama described the failure to enact gun control legislation as the “biggest frustration” of his presidency. The president added, “A couple of decades ago, Australia had a mass shooting… And Australia just said, well, that’s it, we’re not seeing that again. And basically imposed very severe, tough gun laws.”

Obama went on to share misleading and inaccurate comments regarding current U.S. gun regulations.  “But the idea that, for example, we couldn’t even get a background check bill in to make sure that if you’re going to buy a weapon you have to actually go through a fairly rigorous process so that we know who you are, so that you can’t just walk up to a store and buy a semiautomatic weapon – it makes no sense.”

What Obama failed to acknowledge is that those “engaged in the business” of selling firearms are already required under U.S. law to possess a federal firearms license and conduct background checks on those to whom they sell guns.  This, of course, would include any merchant selling firearms from “a store.”

This is merely the latest episode in which the president has shown support for Australia’s anti-gun measures. In a speech at a memorial service for victims of the attacks at the Washington Navy Yard on September 22, 2013, Obama lauded the United Kingdom’s and Australia’s success in banning firearms in the wake of high profile crimes. Yet by praising Australia’s restrictions, Obama has betrayed his asserted “support” for the Second Amendment and revealed just how radical his own gun control agenda really is.

The NFA set up requirements for the licensing of firearm owners, which among other things mandate that an applicant demonstrate a “genuine reason” for owning a firearm. The agreement specifically makes clear that “personal protection [shall] not be regarded as a genuine reason for owning, possessing or using a firearm.” Separately, the agreement requires firearm purchasers to obtain a permit for each individual firearm they wish to acquire. Both licenses and permits are subject to a 28-day waiting period.

The NFA called for national registration, requiring the databases of different jurisdictions to be “linked through the National Exchange of Police Information (NEPI) to ensure effective nationwide registration of all firearms.” Another mandate required that all firearm sales take place through a license dealer, that the dealer keep strict records of transactions, and that “firearms dealers … be required to provide records to the National Register of Firearms through the State/Territory licensing authority.” Regarding ammunition, the agreement demands “that jurisdictions legislate to allow the sale of ammunition only for those firearms for which the purchaser is licensed and that there be limits on the quantity of ammunition that may be purchased in a given period.”

Most infamously, the agreement required jurisdictions to implement a complete ban on ownership of several popular classes of firearms:

Further, the semi-auto rimfire rifles and semi-auto and pump shotguns not ensnared by the outright ban are restricted to those holding a category C license and thus “prohibited except for occupational purposes.”

In order to implement this ban, Australia conducted a mandatory gun turn-in. The program resulted in the confiscation of roughly 650,000 firearms.

In 2002, Australia followed up the NFA with the National Handgun Agreement. This measure imposed further restrictions on the ownership of handguns, including restrictions on handguns by barrel length, caliber, and capacity. Another turn-in was held during which roughly 70,000 handguns were confiscated.

For all of the NFA’s restrictions, the crime control results are not encouraging for gun controllers.  Certainly, they do not justify President Obama’s high degree of enthusiasm or his claims of the public safety benefits associated with these measures.

A 2008 University of Melbourne study concluded that “[a]lthough gun buybacks appear to be a logical and sensible policy that helps to placate the public’s fears, the evidence so far suggests that in the Australian context, the high expenditure incurred to fund the 1996 gun buyback has not translated into any tangible reductions in terms of firearm deaths.” A 2006 study published in the British Journal of Criminology that studied Australia similarly noted, “There is insufficient evidence to support the simple premise that reducing the stockpile of licitly held civilian firearms will result in a reduction in either firearm or overall sudden death rates.” Likewise, as pointed out by George Mason University Law Professor Joyce Lee Malcolm in a December 2012 piece for the Wall Street Journal, a 2003 Brookings Institution study described the NFA’s impact as “relatively small.”

Ironically, the president also acknowledged during the event that “the world is less violent than it has ever been.” There is good evidence to support this statement, and despite what some Americans have been mislead to believe, the U.S. is also getting safer. In recent years the U.S. has seen the murder rate at nearly the lowest point in its history, with preliminary FBI statistics for the first half of 2013 showing a drop in the murder rate compared to the first six months of 2012. This improvement has happened at the same time the number of privately held firearms has risen to all-time highs.

The idea of enacting Australian-style gun restrictions in the U.S. is a radical, un-American proposition. Certainly it is outside what the American people have demonstrated they are willing to accept. Further, many of Australia’s controls would be unconstitutional if enacted here. The most obvious example is Australia’s determination that self-defense is not a “genuine reason” for owning a firearm. Such a scheme would require overturning the U.S. Supreme Court’s decisions in Heller and McDonald or an amendment to the Constitution.

That the president continues to promote a gun control framework that is so out of step with U.S. law, tradition, and popular opinion shows just how little regard he has for the country’s deeply held values and beliefs. As ever, the best way to demonstrate this to him is at the ballot box in November, by voting for congressional candidates that will keep his imperial ambitions in check.