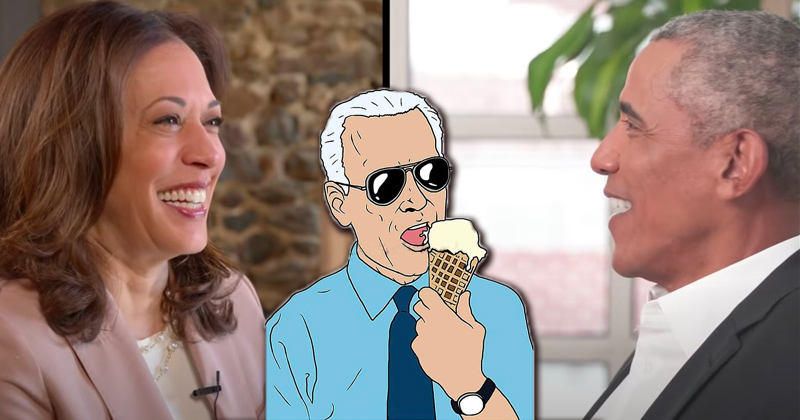 They actually put out a five-minute conversation talking about Joe’s ice cream fetish and how good he looks in aviators.

Far from engaging the electorate in substantive issues, Obama and Kamala yukked it up, giving more attention to Biden’s fascination with soft serve and spaghetti, rather than how he plans to restore America’s greatness.

“So, tell me about Joe and your relationship with Joe, and what do I need to know,” Harris asked Obama, adding, “like what’s the thing about the ice cream? He loves ice cream. Tell me about that.”

“Pasta with red sauce – he can go deep on that,” he adds.

“He really does like those aviator glasses. He knows he looks good,” the former president says.

Obama goes on to sing Biden’s praises, claiming “he’s never lost his sense of why we do this,” but his commendations are overshadowed by the fact he refused to endorse his former vice president until the last minute when he was the only candidate left.

The conversation is pretty much totally a waste of time and really demonstrates how little Democrats think of their constituents.

Here’s a video of Biden’s weird ice cream fetish, compiled by CNN over the years: