The creators of the Youtube animated series Conrad the Constitution say they’ve been paid a visit by the Secret Service concerning their latest work, entitled Obama Assassination. 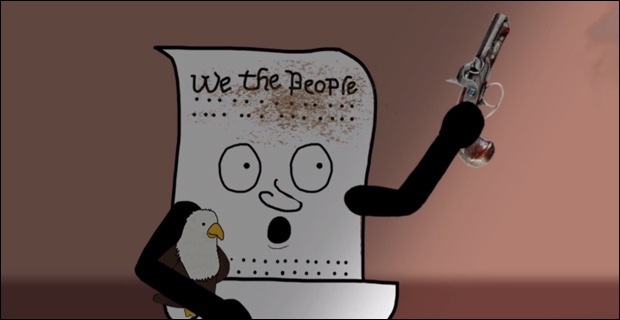 In an email sent to Infowars, Fox Bros. Studios claimed they, as well as members of their families, had been contacted by the Secret Service.

“I just wanted to let you guys know the Secret Service has been in contact with my family and is coming to interview me sometime soon about our latest episode. If I end up disappearing you’ll know why,” the email says.

On the Monday edition of the Alex Jones Show, one of the show’s directors, Tim Fox, also told Alex he had been paid a visit by the federal agency.

In their latest episode, the show’s protagonist Conrad unknowingly falls asleep and wakes up in a dystopic future where the Bill of Rights is in tatters and the Second Amendment little more than a faded memory. 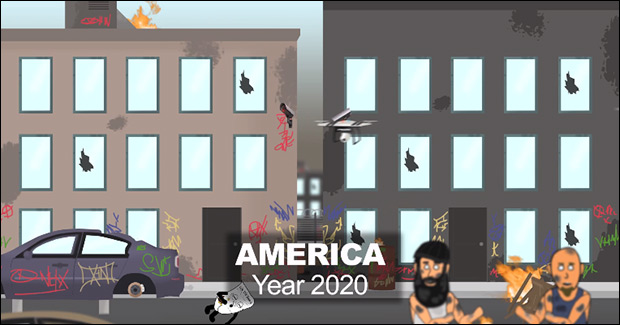 In his dream, Conrad is enlisted by his future self, a physically mangled version of the Constitution, to go back in time using former Congressman Ron Paul’s time machine and assassinate President Obama. 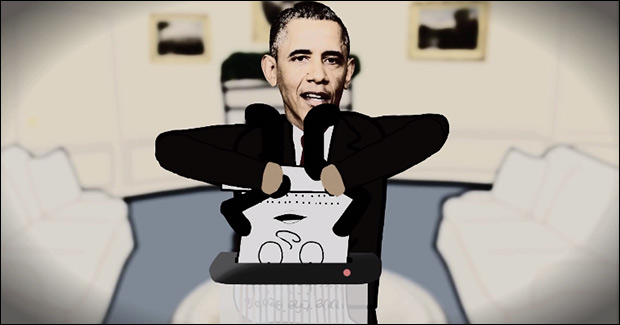 While the premise of the episode is indeed macabre, the fact that the series is an animation and clearly issuing a satirical statement on the current state of affairs, in addition to the fact that the cartoon far from advocates violence, places its content well within the jurisdiction of the First Amendment.

This is just the federal government’s latest attempt to intimidate filmmakers who demonstrate a lack of reverence for the state and who refuse to produce content that falls directly in line with the establishment’s agenda.

The 2006 film Death of a President, a dramatization which realistically depicted Secret Service members regretting mistakes made during the fictional assassination of the 43rd president George W. Bush, barely raised the national security states’ eyebrows, let alone required a personal visit. The difference is that film did not challenge the status quo.

Recently the federal government’s disdain for dissenting media voices was also made apparent when federal prosecutors indicted filmmaker Dinesh D’Souza, the director of the immensely popular and critical documentary 2016: Obama’s America and former policy advisor to President Ronald Reagan, under the spurious charge he made illegal campaign contributions.

Clearly the latest Conrad episode is satire and moreover a dream. Despite a cameo by radio host Alex Jones, obviously, Infowars does not endorse Obama being hurt, as he’s just the offshore banking elite’s current sock puppet, but the move to squelch free speech under the guise of protecting national security should be of concern to anyone that values freedom.