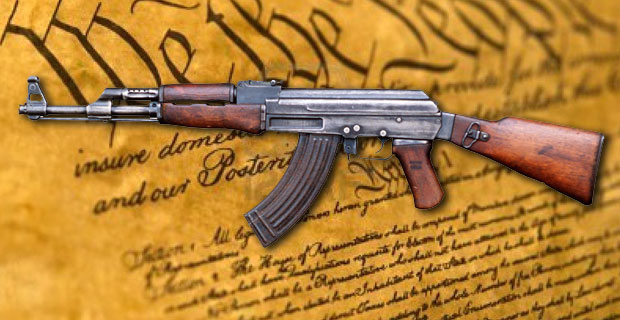 Obama exploited the conflict in Ukraine to target the importation of the popular AK line of firearms manufactured by Kalashnikov Concern in Izhmash, Russia. The unconstitutional ban includes the Saiga line of rifles and shotguns.

The Treasury Department’s  Office of Foreign Assets Control (OFAC) attempted to soften the blow by stating the executive order does not outlaw Kalashnikov firearms legally purchased in the United States prior to the ban.

The OFAC, according to its website, "administers and enforces economic and trade sanctions based on US foreign policy and national security goals against targeted foreign countries and regimes, terrorists, international narcotics traffickers, those engaged in activities related to the proliferation of weapons of mass destruction, and other threats to the national security, foreign policy or economy of the United States.”

The criminalization of an entire line of foreign manufactured firearms is possible under “national emergency powers” and there is no appeal process.

“Many of the sanctions are based on United Nations and other international mandates, are multilateral in scope, and involve close cooperation with allied governments,” according to the Treasury Department.

“American civilians are buying as many AK47s from Russia’s top armory as the Russian military and police,” the Daily Mail reported in 2012. “The surge in sales of Russian assault rifles and shotguns are fueled by firearms enthusiasts who are paranoid about the weapons being banned in the United States.”

The paranoia about the government unilaterally outlawing an entire class of firearms has now come true.