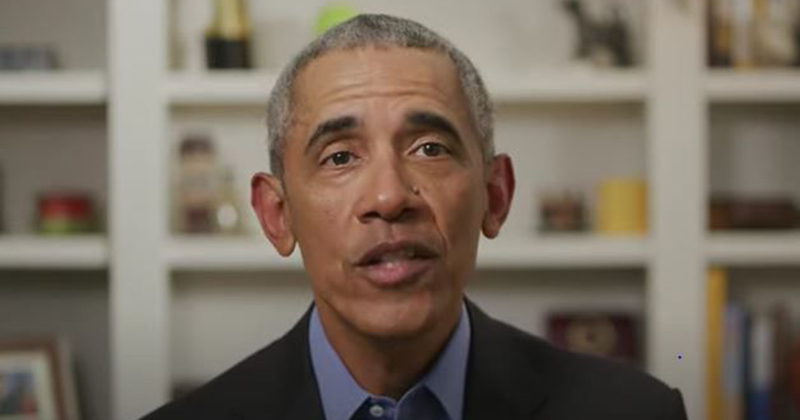 The Trump administration’s response to the COVID-19 pandemic has been an ‘absolute chaotic disaster,’ former President Barack Obama said on Friday.

President Trump’s predecessor blamed the current occupant of the Oval Office and his allies for exacerbating ‘tribal’ tensions around the country, which he says has hampered the effort to reduce total number of cases nationwide.

Audio of the web call in which Obama spoke was obtained by Yahoo News.

The local San Antonio News reported the tyrannical violation of free speech like it was business as usual.

‘What we’re fighting against is these long-term trends in which being selfish, being tribal, being divided, and seeing others as an enemy – that has become a stronger impulse in American life,’ the president said.

‘And by the way, we’re seeing that internationally as well.

‘It’s part of the reason why the response to this global crisis has been so anemic and spotty.

‘It would have been bad even with the best of governments.

Obama added: ‘That’s why, I, by the way, am going to be spending as much time as necessary and campaigning as hard as I can for Joe Biden.’

There’s currently more than 1.3 million cases of coronavirus and 78,000 deaths in the U.S.