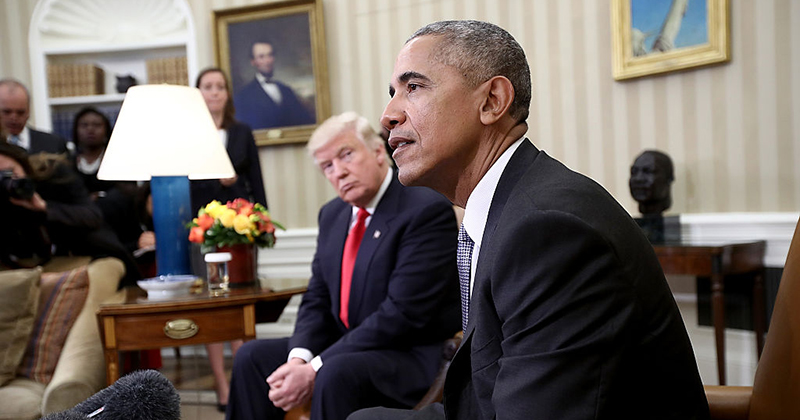 Barack Obama called Donald Trump a “fascist” in a phone conversation with Sen. Tim Kaine of Virginia during the 2016 presidential election, Kaine says in a video clip featured in an upcoming documentary about Hillary Clinton.

Kaine, Clinton’s running mate on the Democratic ticket, recounts the call during an exchange with Clinton that was caught on camera in 2016. Kaine’s wife, Anne Holton, was also present.

“President Obama called me last night and said: ‘Tim, remember, this is no time to be a purist. You’ve got to keep a fascist out of the White House,'” Kaine says before adding with a laugh that Obama “knows me and he knows that I could tend to err.”

She then puts her hands to her chest and says, “But that’s really — the weight of our responsibility is so huge.”

The clip appears in an episode of “Hillary,” a four-part documentary series that will be available on Hulu on March 6. The docuseries, which premieres at the Sundance Film Festival on Saturday at a screening Clinton was scheduled to attend, chronicles her early life, rise to national prominence and political career.

Owen Shroyer makes his first public statement after being arrested for the crime of holding a sign in Washington, DC. He explains he was held in the worst cell block of an already bad jail for 26 hours before the charges were dismissed. Then, Tom Pappert discusses the latest developments surrounding Coronavirus, before Republican House candidate DeAnna Lorraine joins the show to blast impeachment.