These were among the complaints registered the last time this nation had a king:

“He has refused his Assent to Laws, the most wholesome and necessary for the public good.
“He has forbidden his Governors to pass Laws of immediate and pressing importance, unless suspended in their operation till his Assent should be obtained; and when so suspended, he has utterly neglected to attend to them.
“He has obstructed the Administration of Justice, by refusing his Assent to Laws for establishing Judiciary powers.
“He has erected a multitude of New Offices, and sent hither swarms of Officers to harass our people, and eat out their substance.
“He has kept among us, in times of peace, Standing Armies without the Consent of our legislatures.
“He has affected to render the Military independent of and superior to the Civil power.
“He has combined with others to subject us to a jurisdiction foreign to our constitution, and unacknowledged by our laws; giving his Assent to their Acts of pretended Legislation:
“For Quartering large bodies of armed troops among us:
“For protecting them, by a mock Trial, from punishment for any Murders which they should commit on the Inhabitants of these States:
“For depriving us in many cases, of the benefits of Trial by Jury:
“For taking away our Charters, abolishing our most valuable Laws, and altering fundamentally the Forms of our Governments:
“He is at this time transporting large Armies of foreign Mercenaries to compleat the works of death, desolation and tyranny, already begun with circumstances of Cruelty & perfidy scarcely paralleled in the most barbarous ages, and totally unworthy the Head of a civilized nation.”

To prevent the U.S. government from behaving like a king, the drafters of the U.S. Constitution empowered an elected legislature to write every law, to declare every war, and to remove its executive from office. To further prevent the abuse of individuals’ rights, those authors wrote into the Constitution, even prior to the Bill of Rights, the right to habeas corpus and the right never to be punished for treason unless convicted in an open court on the testimony of at least two witnesses to an overt act of war or assistance of an enemy.

President Barack Obama waited until New Year’s Eve to take an action that I suspect he wanted his willfully deluded followers to have a good excuse not to notice. On that day, Obama issued an unconstitutional signing statement rewriting a law as he signed it into law, a practice that candidate Obama had rightly condemned. The law that Obama was signing was the most direct assault yet seen on the basic structure of self-governance and human rights that once made all the endless U.S. shouting of “We’re number one!” significantly less ludicrous. The National Defense Authorization Act is not a leap from democracy to tyranny, but it is another major step on a steady and accelerating decade-long march toward a police-and-war state.

President Obama has claimed the power to imprison people without a trial since his earliest months in office. He spoke in front of the Constitution in the National Archives while gutting our founding document in 2009. President Obama has claimed the power to torture “if needed,” issued an executive order claiming the power of imprisonment without trial, exercised that power on a massive scale at Bagram, and claimed and exercised the power to assassinate U.S. citizens. Obama routinely kills people with unmanned drones.

The bill just signed into law, as sent to the President, said this:

“Nothing in this section is intended to limit or expand the authority of the President or the scope of the Authorization for Use of Military Force.”

In other words, Congress was giving its stamp of approval to the unconstitutional outrages already claimed by the President. But then, why create a new law at all? Well, because some outrages are more equal than others, and Congress had chosen to specify some of those and in fact to expand some of them. For example:

“Congress affirms that the authority of the President to use all necessary and appropriate force pursuant to the Authorization for Use of Military Force (Public Law 107-40) includes the authority for the Armed Forces of the United States to detain covered persons (as defined in subsection (b)) pending disposition under the law of war.”

Jon Stewart explained when those detained without trial under the law might be released: “So when the war on terror ends, and terror surrenders and is no longer available as a human emotion, you are free to go.”

An exception for U.S. legal residents and citizens was kept out of the bill at President Obama’s request.

So why did Obama threaten to veto the bill initially and again after it passed the Senate? Well, one change made by the conference committee was this (note the crossed-through text):

“The Secretary of Defense President may, in consultation with the Secretary of State and the Director of National Intelligence, waive the requirement of paragraph (1) if the Secretary President submits to Congress a certification in writing that such a waiver is in the national security interests of the United States.”

The reference here is to military tribunals. The President — that is, the current one and future ones — need not hand someone over even to a military tribunal if . . . well, if he (or she) chooses not to.

That was the most power Obama could have transferred to the White House in this bill. But it was not absolute power, and was therefore not good enough. Hence the signing statement, the relevant portion of which begins:

“Moving forward, my Administration will interpret and implement the provisions described below in a manner that best preserves the flexibility on which our safety depends and upholds the values on which this country was founded.”

This is Bush-Cheneyspeak for “I will not comply with the following sections of this law despite signing it into law.”

After having persuaded the Congress to remove an exception for U.S. legal residents, Obama has the nerve in the signing statement to assert, not that the law makes any such exception, but that he personally will choose to do so, at least for U.S. citizens. Future presidents may lock U.S. citizens up without trials, but Obama won’t do so. He promises:

“I want to clarify that my Administration will not authorize the indefinite military detention without trial of American citizens. Indeed, I believe that doing so would break with our most important traditions and values as a Nation. My Administration will interpret section 1021 in a manner that ensures that any detention it authorizes complies with the Constitution, the laws of war, and all other applicable law.”

The first two sentences above are highly unusual if not unprecedented. Most, if not all, of Bush and Obama’s law-altering signing statements up to this point have not sought to clarify what a particular administration would choose to do. Rather, they have focused on declaring parts of the laws invalid. Usually this is done in a manner misleadingly similar to the third sentence above. By claiming the power to interpret a law in line with the Constitution, Bush and Obama have each on numerous occasions asserted the view that the Constitution grants presidents far-reaching powers that cannot be restricted by legislation. If Obama had wanted to deny that this law could be applied to U.S. citizens (or legal residents), the above paragraph would look very different, although equally unusual in that it would then be rejecting power rather than claiming it.

Also note, as Marcy Wheeler has already pointed out, Section 1021 applies to any detention, and Obama promises only not to subject U.S. citizens to indefinite military detention. While locked away forever without a trial you’ll be able to take comfort that yours is a non-military imprisonment.

Also, remember that Obama claims and exercises the power to kill U.S. citizens or anyone else (arguably at least as serious a violation of rights as imprisonment!), and for that he will use the military if he sees fit, or even allow the military to operate freely.

Also notice that legal residents are not included in the category of citizens.

Next, Obama declares Section 1022 on military custody “ill-conceived.” His personal right to a waiver, won through the conference committee, was not enough. Obama insists on also erasing this section of law: “I reject,” he writes,

“any approach that would mandate military custody where law enforcement provides the best method of incapacitating a terrorist threat. While section 1022 is unnecessary and has the potential to create uncertainty, I have signed the bill because I believe that this section can be interpreted and applied in a manner that avoids undue harm to our current operations. I have concluded that section 1022 provides the minimally acceptable amount of flexibility to protect national security. Specifically, I have signed this bill on the understanding that section 1022 provides the executive branch with broad authority to determine how best to implement it, and with the full and unencumbered ability to waive any military custody requirement, including the option of waiving appropriate categories of cases when doing so is in the national security interests of the United States. … I will therefore interpret and implement section 1022 in the manner that best preserves the same flexible approach that has served us so well for the past 3 years and that protects the ability of law enforcement professionals to obtain the evidence and cooperation they need to protect the Nation.”

Obama goes on to reject several other sections of the law, including restrictions on his unlimited power to rendition prisoners to other countries. Among the notable rejections is this:

“Sections 1023-1025 needlessly interfere with the executive branch’s processes for reviewing the status of detainees. Going forward, consistent with congressional intent as detailed in the Conference Report, my Administration will interpret section 1024 as granting the Secretary of Defense broad discretion to determine what detainee status determinations in Afghanistan are subject to the requirements of this section.”

In other words, U.S. prisoners held in Afghanistan will not be given even any formal pretense of a legalistic review of their status unless Obama and his Secretary of “Defense” see fit.

I’ve just been editing a forthcoming book in which one of the contributors writes:

“In 1971, Congress passed the Anti-Detention Act, 18 U.S.C. § 4001(a), which states that “no person shall be imprisoned or otherwise detained by the United States except pursuant to an Act of Congress.” Fred Koramatsu, who had brought the unsuccessful case before the Supreme Court, was eventually awarded the Medal of Honor. Congress apologized and provided for limited reparations for this heinous act.”

The author is referring to the unconstitutional indefinite detention of Japanese and Japanese-Americans during World War II. This type of criminal abuse for which Congress had to apologize and pay reparations, and for which there is a misleadingly pro-war-looking memorial hidden between the U.S. Capitol and Union Station, has now been effectively sanctioned by our Constitutional Scholar in Chief.

My chief regret is that we have not seen the major resistance we could have, and without any doubt would have, seen to this if only Obama were a Republican.

David Swanson is the author of “When the World Outlawed War,” “War Is A Lie” and “Daybreak: Undoing the Imperial Presidency and Forming a More Perfect Union.” He blogs at http://davidswanson.org and http://warisacrime.org and works for the online activist organization http://rootsaction.org 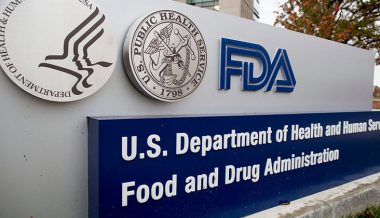