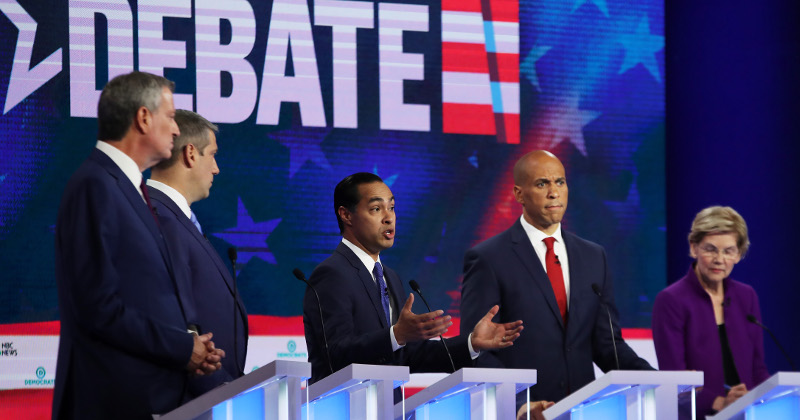 Two former heads of US border security have spoken out regarding the crisis, noting that while President Trump is doing everything he can to prevent a full scale emergency, Democrats are advocating for completely open borders.

Appearing on CNN, Former acting Immigration and Customs Director Ron Vitiello defended Trump’s actions on the border, noting that while the President was sounding the alarm, others were ignoring it.

“The President’s been talking about this situation for weeks and weeks,” Vitiello said, adding that Trump has “done everything he’s got. He’s used all the tools.”

Of course, it is worse than that. Democrats actually suggested Trump was lying about the border crisis and there was no emergency.

“That is unworkable, unwise and does not have the support of a majority of American people or the Congress, and if we had such a policy, instead of 100,000 apprehensions a month, it will be multiples of that.” Johnson added.

Castro was one of the Democrats back in January who denied that there was any crisis at the border.

“The president has said there is somehow this crisis at the border,” Castro said. “That’s a lie. That couldn’t be further from the truth.”

Johnson has frequently warned about the escalating crisis at the border. “This is a crisis by any measure, and the solution inevitably is bipartisan. It has to be bipartisan. It requires a change in law,” Johnson previously urged.