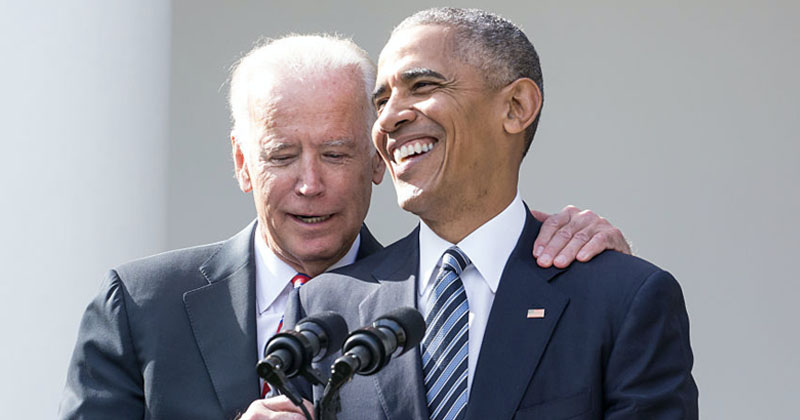 “Joe has the character and the experience to guide us through one of our darkest times and heal us through a long recovery,” Obama said.

I’m proud to endorse my friend @JoeBiden for President of the United States. Let's go: https://t.co/maHVGRozkX

“And I know he’ll surround himself with good people – experts, scientists, military officials who actually know how to run the government and care about doing a good job running the government, and know how to work with our allies, and who will always put the American people’s interests above their own.”

In other words, the establishment bureaucracy and Deep State will guide Biden’s every move.

Obama went on to praise Biden’s role as his vice president.

“Choosing Joe Biden for Vice President was one of the best decisions I’ve ever made,” Obama continued. “And he became a close friend. And I believe Joe has all the qualities we need in a president right now.”

Obama’s endorsement was considered by Democrats to be the most crucial to secure, as he is still seen as the de facto leader of the party.

Reports surfaced in 2019 that Obama had urged Biden that “he didn’t have to do this” just before he announced his running for president.

Biden then publicly stated he did not want Obama’s endorsement, claiming whoever won the nomination should do so “on his own merits.”

The Trump campaign mocked Obama’s endorsement, noting he had no other choice.

“Now that Biden is the only candidate left in the Democrat field, Obama has no other choice but to support him. Even Bernie Sanders beat him to it,” campaign manager Brad Parscale said in a statement.

First, Biden has a pattern creepy behavior and even sexual misconduct allegations against him by over half a dozen women.

His record also has stark inconsistencies with his rhetoric.