The George Soros-funded Obama campaign front group Think Progress has accused Infowars of “race-baiting” after a story focusing on how Obama supporters were threatening to riot if Obama lost the election went viral as a result of being  posted on the Drudge Report.

Entitled, Drudge Promotes Conspiracy Site Warning That Black People Will Riot If Romney Wins, the article accuses Drudge of “stirring up another race-baiting conspiracy theory” by posting links to two Infowars articles that contained scores of genuine tweets from Obama supporters who threatened to stoke civil unrest if Romney was victorious.

By accusing Drudge and Infowars of “race-baiting,” Think Progress is somehow attempting to blame Alex Jones and Matt Drudge for drawing attention to the tweets, while absolving the authors of the tweets themselves for their insane outbursts.

Infowars never warned that “black people will riot,” we merely reprinted tweets from Obama supporters saying they would riot if Obama lost the election.

The Think Progress article also fails to mention that respected black economist and philosopher Thomas Sowell warned of “race riots” if Obama loses before Infowars or Drudge even reported on the issue.

Does Think Progress, as an Obama campaign front group, believe it’s acceptable for Obama supporters to threaten mayhem and violence if the result of the election next month doesn’t go their way?

Do they also believe it’s no big deal that Obama supporters are threatening to assassinate Mitt Romney if he wins?

Leftists habitually point to angry online posts in an effort to smear conservatives, but when the shoe is on the other foot, they miraculously develop a new found tolerance for online hate speech.

The article frames the issue as part of a slew of “racially-charged attacks on President Obama,” a trick routinely played by Obama apologists in the media who have attempted to characterize legitimate criticism of the President as racist.

As we have previously documented, Think Progress claims that it is a “nonpartisan organization,” and yet is bankrolled by the Center for American Progress Action Fund, a think tank headed by Bill Clinton’s former chief of staff John D. Podesta , who was also head of Barack Obama’s presidential transition team after the 2008 election.

According to SourceWatch, “CAP’s Progressive Media project emerged as a major communications war room on behalf of Obama’s domestic and foreign policy agenda and CAP became a strong advocate for escalation in Afghanistan. Progressive Media is run through the Center for American Project Action Fund, the more political 501(c)4 arm of CAP. It coordindates closely with the Common Purpose Project, an effort to create message discipline among the pro-Obama organizations, with a direct tie to the White House.”

According to Center for American Progress director Jennifer Palmieri, the organization is focused around “driving the White House’s message and agenda.”

Think Progress is also closely allied with Media Matters under the umbrella of Podesta’s Progressive Media propaganda campaign. An investigation by the Daily Caller earlier this year revealed that Media Matters is an Obama administration front that strategizes with the White House on a weekly basis on how to influence and direct the news media.

Though the Center for American Progress is shy about revealing its financial backers, according to SourceWatch, no less than 58 foundations have donated over $15 million dollars since 2003, as well as corporations and elitist philanthropists such as George Soros, who donated $3 million for “general support” in 2006.

Think Progress is a little more than a PR firm for the Obama administration which routinely invents its own conspiracy theories in order to denigrate its ideological adversaries.

Quite pathetically, Think Progress also accuses Drudge of helping to circulate “fringe theories” by providing traffic to websites such as Infowars which otherwise have “limited audiences”.

As you can see from the graph below, if Infowars has a “limited audience,” then Think Progress must have no audience whatsoever given the fact that Infowars sits over 2,000 places above Think Progress on Alexa’s traffic rankings. 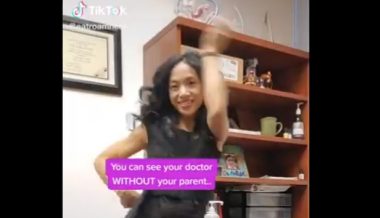