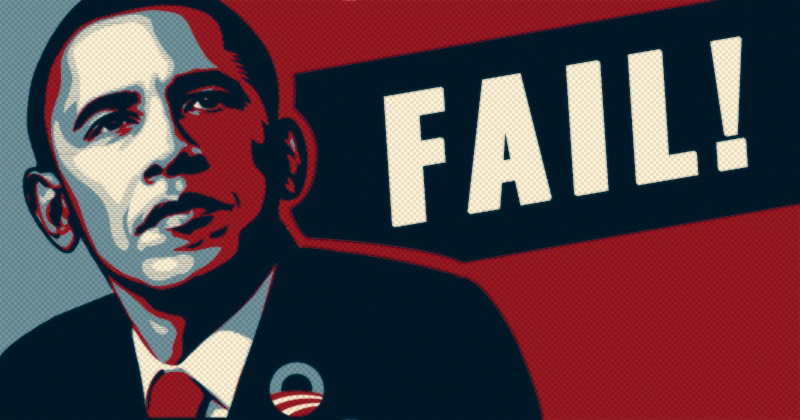 The artist behind the iconic ‘Obama Hope’ poster says the president failed to meet expectations.

Shepard Fairey, who’s now a Bernie Sanders supporter, says that after Obama won the presidency, he went “quiet on a lot of things” he promised while running for office.

“I think history will be fairly kind of his presidency but I want things to move further in the direction that he promised as a campaigner,” he said. “He’s been more outspoken in the last 18 months.”

Fairey said he had “high hopes” for Obama and that the president couldn’t blame his failures entirely on congressional gridlock.

“If he had been as outspoken as he was as a campaigner, I would give him a pass on not being able to push through some of the progressive things I hoped he would, but he was quiet on a lot of things,” he added. “That to me was unfortunate.”

Similarly, German journalist Klaus Faissner pointed out that Obama transformed from an “electrifying candidate” into a “Bush on steroids” who promoted drone strikes, mass surveillance, and a totalitarian relationship with the media.

“Obama signed more orders for drone assaults than Bush Jr. had done in the entire eight years of his presidency,” he said. “These were drone strikes which caused catastrophic levels of non-combatant casualties, which America simply wrote-off under the euphemism of ‘collateral damage.’”

“Like his predecessor, Obama threw all his weight behind GMO agriculture; he didn’t give the slightest thought to his promises to close Gitmo; he showed no interest whatsoever in improving relations with Russia, and he worked actively on destabilizing the situation in the Middle East.”

It’s refreshing to see leftists and the media finally waking up to the false left/right paradigm because Obama is not really a member of the Democratic Party; he’s a member of the Establishment Party.

His concern is not with the people but rather the expansion of the state and serving the needs of the bankers who control governments from above.