Following what President Barack Obama’s critics call his “amnesty announcement,” instead of hiring more Border Patrol agents to cover the U.S-Mexico border, several stations are being shut down, which Border Patrol agents, through their union, claim will make it easier for illegal aliens to enter and remain in the country. In addition, it is a reckless move that makes the U.S. more vulnerable to terrorists entering the U.S. with weapons of mass destruction, say law enforcement officials.

According to a Fox News Channel story on Friday, “[T]he Obama administration is moving to shut down nine Border Patrol stations across four states, triggering a backlash from local law enforcement, members of Congress and Border Patrol agents themselves.”

“Critics of the move warn the closures will undercut efforts to intercept drug and human traffickers in well-traveled corridors north of the U.S.-Mexico border. Though the affected stations are scattered throughout northern and central Texas, and three other states, the coverage areas still see plenty of illegal immigrant activity — one soon-to-be-shuttered station in Amarillo, Texas, is right in the middle of the I-40 corridor; another in Riverside, Calif., is outside Los Angeles,” said the Fox News report. 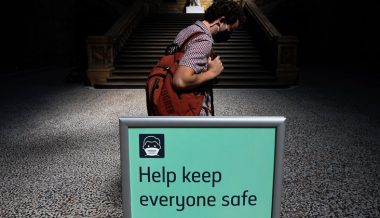