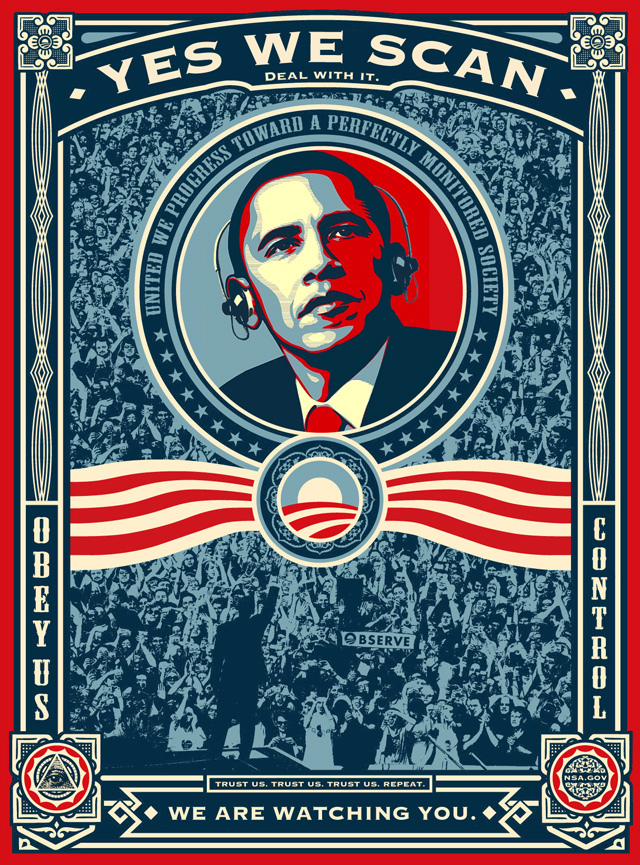 Obama just made a Miller Lite speech, to calm fears that NSA spying is a bother and a problem. Not so. All is well.

This is great, except that NSA is already spying on everybody. Three, two, 16? What difference does it make?

For the “tastes great” part, the President reminded us that NSA snoops are just regular folks. They’re our “friends and neighbors,” he said.

I know. That’s the point. There are cold-eyed androids among us.

For the “less filling,” Obama proposed that the all-encompassing metadata of NSA-captured phone calls shouldn’t be held by the government. That’s bad. Instead, the phone companies themselves should hold it, and then let the government look at it.

Whew. What a relief.

We all know NSA will do whatever it wants to, in order to keep spying on us. Trim their capability a little over here, they’ll go over there and do the same thing from another vector.

That’s what the Surveillance State is all about.

Obama also jammed in a sideswipe at Snowden, just to keep the traitor narrative alive. And to let us know stealing State secrets is a heinous crime.

You see, the State can steal our information, but we can’t steal its information. That’s the basic principle.

But to quote our leader from an earlier speech(es), “We’re all in this together.”

I guess it depends on what the meaning of “together” is.

NSA won’t bother parsing that. They’ll just keep on watching and compiling and collating. Being Peeping Tom Central is in their blood. “To keep us safe.”

And if NSA wants to repair its public image, I have more suggestions. Since you boys are spying on everybody all the time, release the following information to the press:

Conversations involving politicians, at all levels, on the subject of hookers and underage sex targets;

Behind the scenes lies among the high-echelon execs at Monsanto.

Obviously, you have all this info. Release it now. Prove you’re on our side.

What? All those people aren’t your targets?

Gotta go. My refrigerator just told me the toaster said I put hemp butter on my toast this morning. It’s an indicator I could have two tons of pot in my garage.