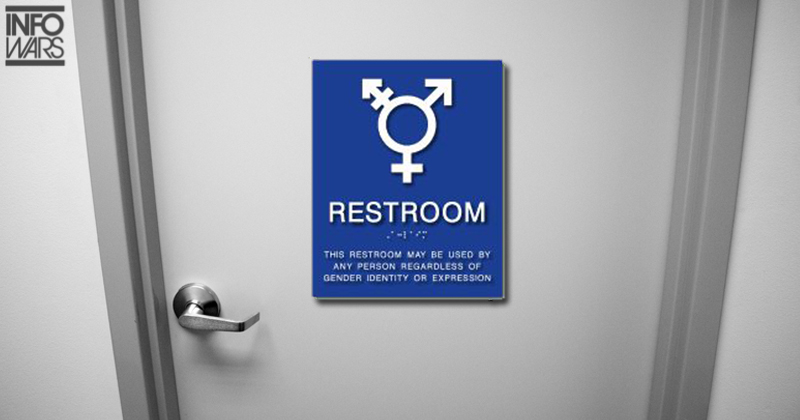 The Obama administration is ordering every public school district in the country to allow transgender students to use the bathrooms that match their “gender identity.”

The White House is forcing compliance by both threatening to cut funding to non-compliant schools and exposing them to potential lawsuits.

President Obama told the Justice Dept. and the Education Dept. to create standards for the schools to abide to, which isn’t the first time he has pressured local governments to capitulate to federal standards.

He used a similar strategy last year to “federalize” local police departments across the country by requiring them to adhere to stricter requirements when they receive federal funding.

This latest takeover, however, will fuel mass backlash given past protests in the past.

For example, back in Sept. students at Hillsboro, Mo., H.S. walked out in protest to keep a transsexual student – and very recently a former gay male – from using the girls’ locker room.

One parent, Tammy Sorden, said it wasn’t fair the student, Lila, was getting special treatment “while the girls just have to suck it up.”

“The girls have rights, and they shouldn’t have to share a bathroom with a [biological] boy,” she said.

Remember, the state – the federal government – can only expand at the expense of individual rights, and although Obama will advocate the rights for certain groups at the expense of others, in this case transgendered students, he’s simply hijacking the “transgendered rights” movement to destroy the traditional, nuclear-family model and encourage individuals to be more supportive – and dependent – on the ever-expanding state.

And this has already happened with feminists who instead of getting married, they use the state – or their corporate job – as a surrogate husband.