Regarding weekend coverage, the president-elect himself slammed The Times specifically on Twitter Sunday.

Wow, the @nytimes is losing thousands of subscribers because of their very poor and highly inaccurate coverage of the "Trump phenomena"

The @nytimes states today that DJT believes "more countries should acquire nuclear weapons." How dishonest are they. I never said this!

The @nytimes sent a letter to their subscribers apologizing for their BAD coverage of me. I wonder if it will change – doubt it?

Trump on Wednesday followed up his previous statements disputing the New York Times’ reportage by labeling it a “failing” paper, saying they “looked like fools in their coverage” of his transition team.

The failing @nytimes story is so totally wrong on transition. It is going so smoothly. Also, I have spoken to many foreign leaders.

I have recieved and taken calls from many foreign leaders despite what the failing @nytimes said. Russia, U.K., China, Saudi Arabia, Japan,

Australia, New Zealand, and more. I am always available to them. @nytimes is just upset that they looked like fools in their coverage of me.

Obama later turned his attention to CNN, stating it “has ZERO CREDIBILITY,” and MSNBC, wishing a simple phrase could make it vanish.

Malik has also accused his home country Kenya of having a “corrupt media” that can be bought off:

Kenya: CROOKED & CORRUPT MEDIA AND PRESS! If you want them to write something; give them some money!

Obama made his support of Trump clear earlier this year when he told the New York Post he liked the businessman’s tell-it-like-it-is approach.

“I like Donald Trump because he speaks from the heart,” Malik told The Post. “Make America Great Again is a great slogan. I would like to meet him.”

“Mr. Trump is providing something new and something fresh,” he said.

Wow, President Obama's brother, Malik, just announced that he is voting for me. Was probably treated badly by president-like everybody else!

Malik also made headlines when images from his wedding were uncovered showing his brother, President Obama, wearing a traditional Muslim dress as his best man. Malik’s Twitter profile also features an image of him posing with President Obama while outfitted in Muslim garb.

Amid accusations of anti-Trump bias, The New York Times last week wrote a letter to readers regarding its slanted election coverage, promising subscribers it would “rededicate” itself to honest journalism after horrifically inaccurate predictions of a Hillary Clinton win. 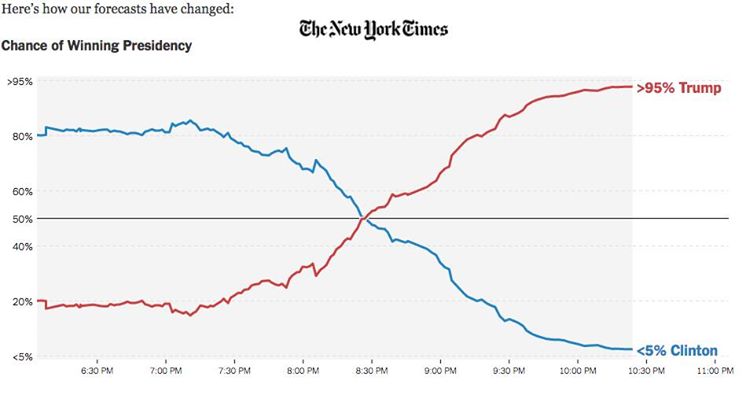 Toward the start of the month, The New York Times reported a 95.7 percent dip in quarterly profits.

“Net profit attributable to the newspaper publisher fell to $406,000, or break-even per share, in the third quarter, from $9.4 million, or 6 cents per share, a year earlier,” reported the Daily Mail.