“I would like to ask President-elect Obama to say something please about the humanitarian crisis that is being experienced right now by the people of Gaza.” Former Georgia Congresswoman Cynthia McKinney made her plea after disembarking from the badly damaged SS Dignity that had limped to the Lebanese port of Tyre while taking on water.

The small boat, carrying McKinney, the Green Party’s recent presidential candidate, other volunteers, and several tons of donated medical supplies, had been trying to reach the coast of Gaza when it was rammed by an Israeli gunboat in international waters.

But as more than 2,400 Palestinians have been killed or injured — the majority civilians — since Israel began its savage bombardment of Gaza on 27 December, Obama has maintained his silence. “There is only one president at a time,” his spokesmen tell the media. This convenient excuse has not applied, say, to Obama’s detailed interventions on the economy, or his condemnation of the “coordinated attacks on innocent civilians” in Mumbai in November.

The Mumbai attacks were a clear-cut case of innocent people being slaughtered. The situation in the Middle East however is seen as more “complicated” and so polite opinion accepts Obama’s silence not as the approval for Israel’s actions that it certainly is, but as responsible statesmanship.

It ought not to be difficult to condemn Israel’s murder of civilians and bombing of civilian infrastructure including hundreds of private homes, universities, schools, mosques, civil police stations and ministries, and the building housing the only freely-elected Arab parliament.

It ought not to be risky or disruptive to US foreign policy to say that Israel has an unconditional obligation under the Fourth Geneva Convention to lift its lethal, months-old blockade preventing adequate food, fuel, surgical supplies, medications and other basic necessities from reaching Gaza.

But in the looking-glass world of American politics, Israel, with its powerful first-world army, is the victim, and Gaza — the besieged and blockaded home to 1.5 million immiserated people, half of them children and eighty percent refugees — is the aggressor against whom no cruelty is apparently too extreme.

While feigning restraint, Obama has telegraphed where he really stands; senior adviser David Axelrod told CBS on 28 December that Obama understood Israel’s urge to “respond” to attacks on its citizens. Axelrod claimed that “this situation has become even more complicated in the last couple of days and weeks as Hamas began its shelling [and] Israel responded.”

The truce Hamas had meticulously upheld was shattered when Israel attacked Gaza, killing six Palestinians, as The Guardian reported on 5 November. A blatant disregard for the facts, it seems, will not leave the White House with George W. Bush on 20 January.

Axelrod also recalled Obama’s visit to Israel last July when he ignored Palestinians and visited the Israeli town of Sderot. There, Obama declared: “If somebody was sending rockets into my house where my two daughters sleep at night, I’m going to do everything in my power to stop that. I would expect Israelis to do the same thing.”

This should not surprise anyone. Despite pervasive wishful thinking that Obama would abandon America’s pro-Israel bias, his approach has been almost indistinguishable from the Bush administration’s.

Along with Tony Blair and George W. Bush, Obama staunchly supported Israel’s war against Lebanon in July-August 2006, where it used cluster bombs on civilian areas, killing more than 1,000 people.

Obama’s comments in Sderot echoed what he said in a speech to the powerful pro-Israel lobby, AIPAC, in March 2007. He recalled an earlier visit to the Israeli town of Kiryat Shmona near the border with Lebanon which he said reminded him of an American suburb. There, he could imagine the sounds of Israeli children at “joyful play just like my own daughters.” He saw a home the Israelis told him was damaged by a Hizballah rocket (no one had been hurt in the incident).

Obama has identified his daughters repeatedly with Israeli children, while never having uttered a word about the thousands — thousands — of Palestinian and Lebanese children killed and permanently maimed by Israeli attacks just since 2006. This allegedly post-racial president appears fully invested in the racist worldview that considers Arab lives to be worth less than those of Israelis and in which Arabs are always “terrorists.”

The problem is much wider than Obama: American liberals in general see no contradiction in espousing positions supporting Israel that they would deem extremist and racist in any other context. The cream of America’s allegedly “progressive” Democratic party vanguard — House Speaker Nancy Pelosi, House Foreign Relations Committee Chairman Howard Berman, New York Senator Charles Schumer, among others — have all offered unequivocal support for Israel’s massacres in Gaza, describing them as “self-defense.”

And then there’s Hillary Clinton, the incoming secretary of state and self-styled champion of women and the working classes, who won’t let anyone outbid her anti-Palestinian positions.

Democrats are not simply indifferent to Palestinians. In the recent presidential election, their efforts to win swing states like Florida often involved espousing positions dehumanizing to Palestinians in particular and Arabs and Muslims in general. Many liberals know this is wrong but tolerate it silently as a price worth paying (though not to be paid by them) to see a Democrat in office.

Even those further to the left implicitly accept Israel’s logic. Matthew Rothschild, editor of The Progressive, criticized Israel’s attacks on Gaza as a “reckless” and “disproportionate response” to Hamas rocket attacks that he deemed “immoral.” There are many others who do nothing to support nonviolent resistance to Israeli occupation and colonization, such as boycott, divestment and sanctions but who are quick to condemn any desperate Palestinian effort — no matter how ineffectual and symbolic — to resist Israel’s relentless aggression.

Similarly, we can expect that the American university professors who have publicly opposed the academic boycott of Israel on grounds of protecting “academic freedom” will remain just as silent about Israel’s bombing of the Islamic University of Gaza as they have about Israel’s other attacks on Palestinian academic institutions.

There is no silver lining to Israel’s slaughter in Gaza, but the reactions to it should at least serve as a wake-up call: when it comes to the struggle for peace and justice in Palestine, the American liberal elites who are about to assume power present as formidable an obstacle as the outgoing Bush administration and its neoconservative backers. 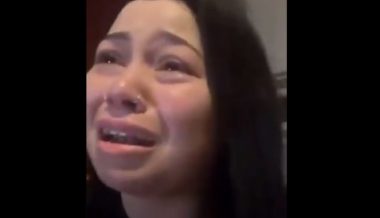