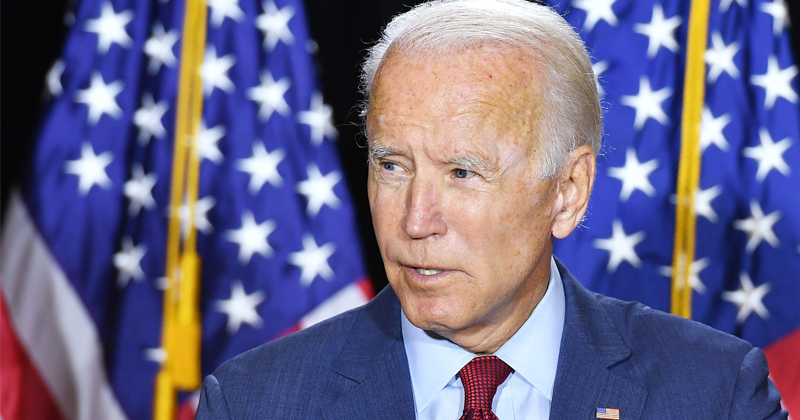 Obama’s ex-White House doctor says he’s “not comfortable” with Joe Biden being commander-in-chief and that “something is not right” about Biden’s mental health.

Dr. Ronny Jackson unloaded on the presumptive Democratic presidential nominee in an upcoming book by Donald Trump Jr. set for release next month.

“The best way I can describe him every time I see him is that he’s just lost,” said Jackson in book excerpts reported on by the Washington Examiner. “I won’t make any particular diagnosis about dementia. … But what I will say is that something is not right.”

Jackson, who also served under President Trump, recalled how he saw Biden change during the Obama years.

“Speaking as someone who was in the White House, [I] saw him frequently around the West Wing and other places like that,” Jackson told Trump Jr. “I know he’s always been prone to gaffes, but these aren’t gaffes anymore. He can’t form sentences. Sometimes, he can’t complete a thought.”

“I mean, he gets stuck, and he doesn’t know how to get out of the situation that he’s in. And he just finally has to give up.”

Jackson also took the opportunity to call out the “incredible” double standards displayed by the media when covering the health of Democrats and Republicans.

“There’s such an incredible double standard with these people [the media].” Said Jackson. “To my knowledge, the president [Trump] has never made one single flaw in anything he said that would ever lead anyone to believe that he has any cognitive issues whatsoever.”

“Vice President Biden does it every single day. So much so they won’t even let him speak anymore! And nobody says a damn thing about it. It’s crazy; it’s hypocrisy at its highest.”

What happened to Joe Biden? 🤔pic.twitter.com/K9He9X5uLM

“You can look at him [Biden] now, and you can tell. There’s no way,” said Jackson. “He’s not going to have that kind of stamina, in my opinion. I’m not trying to make a medical diagnosis.”

He summed up his position as he’s “not comfortable” having Biden as America’s next leader.

“His age is showing, and it’s showing aggressively at this point,” said Jackson. “Maybe there was a window for him to step out and be a candidate for president of the United States, but I’m a firm believer that that window has closed now.”

“His cognitive decline has got to a point where I’m not comfortable as a citizen of this country having him as my commander-in-chief. I’m not.”

Even the mainstream media is conditioning Americans to such a scenario, just hours after Biden announced Kamala Harris as his running mate, CNN published an article saying Harris was ready to “step in, if and when Biden decides to step aside.”

It was also said that Obama wanted Biden as his vice president because Biden wasn’t known for his brains inside the beltway – and that would make Obama look good in comparison.