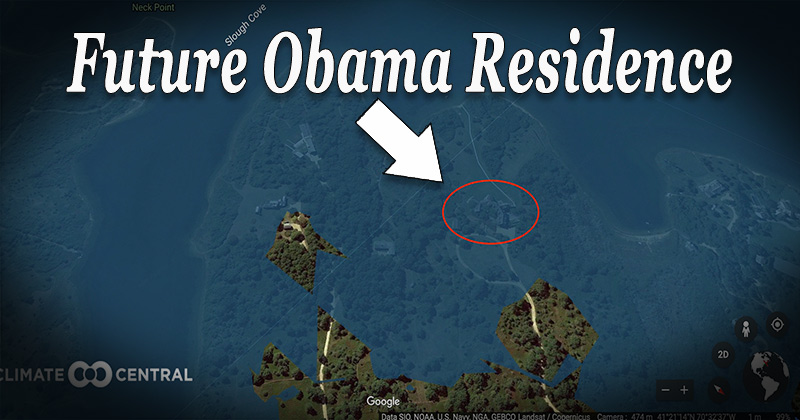 Climate research commissioned by the Obama administration concluded the $15 million Massachusetts mansion the former first family is in the middle of purchasing could soon be underwater.

The 7,000 square-foot, 29 acre Martha’s Vineyard residence will likely be their summer home, but according to a research group funded during Obama’s presidency, the location will be submerged by the year 2100.

The research group, Climate Central, uses its “Extreme Scenario 2100” model to show what flooding will look like via Google Earth.

The Daily Caller entered the address for the mansion and it showed the entire building immersed in water.

While the Obamas’ home purchase hasn’t been finalized, multiple outlets have reported the family is currently in escrow.

Ironically, while the soon-to-be Obama mansion in Martha’s Vineyard is projected to be underwater, the Climate Central website has an interactive photo of Trump’s Mar-A-Lago club as it looks today next to a photoshopped image of the club underwater. 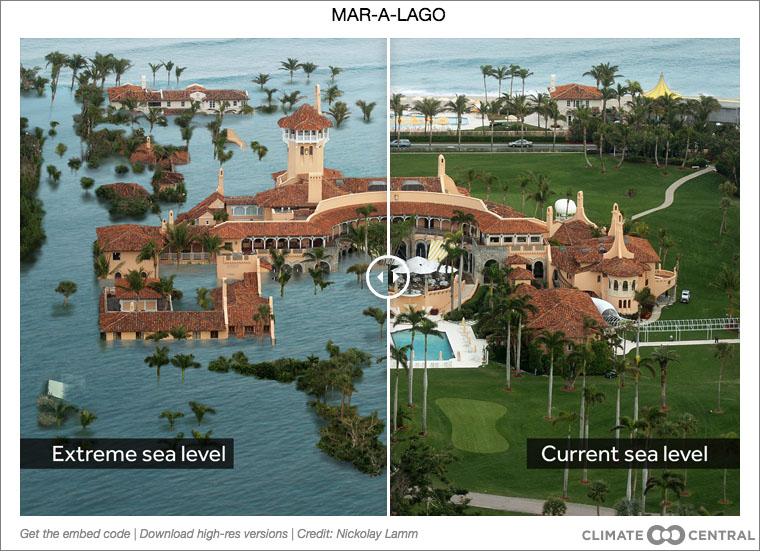 The Climate Central model is based off a National Oceanic and Atmospheric Administration (NOAA) scenario called “extreme rise.”

This is yet another example of blatant hypocrisy from liberals who constantly virtue signal about the climate.