For a guy who’s not a fan of certain foreign leaders, Barack Obama sure does place a tremendous amount of trust in the good will of other nations. For legacy-building purposes, for example, the administration trusts that Iran will police its own nuclear ambitions—or, as John Kerry might put it, we’ve entered into a nonbinding agreement that is also not based on trust. The same goes for the Chinese government, whom we will soon have to trust so the president can get his legacy-building global-warming deal.

As it’s been reported, Obama is working hard to nail down what he hopes will be one of his “signature achievements”: a wide-ranging global agreement to reduce greenhouse gas emissions. If all things go according to plan, the agreement will be signed in December. And as with most of the president’s triumphs since 2010, this one will be nonbinding and unenforceable, accomplished with unprecedented executive fiat. If he keeps this up, Obama’s single most notable achievement will be circumventing checks and balances with more regularity than any president in history.

All for a good cause. Brian Deese, Obama’s new senior adviser in charge on negotiating the climate-change deal for United States, had this to tell Politico: “When the United States leads, we can inspire other countries to work with us and lead with us. The argument that we should hold our fire, or we should rein in our ambition on climate because only a global solution is going to solve it is backwards.”

This is an irrelevant statement. Mostly because the word “we” is imprecise. Turns out that there are millions of voters, represented by numerous senators, who don’t very much like the idea of the United States leading a charge on anti-growth, climate alarmism, which has the potential to slow economic progress across the globe—especially in poor and developing nations. Let’s call this a disagreement about the future; one that pits economic reality against environmental idealism. It’s the sort of disagreement that tends to break out in places where Supreme Leaders aren’t around to tell citizens what to think. So we rely on a process, one crammed with checks and balances, to ensure we can come to some sort of consensus—or not.

This must seem like a massive waste of time to our clairvoyant president, who told Vice recently that “the Republican Party will have to change its approach to climate change because voters will insist upon it.” That’s not the case right now. And it’s not only Republicans. The president, who believes that climate change is the greatest threat facing mankind, was unable to rally Democrat majorities in both houses to pass cap-and-trade legislation when he had a chance. So now Obama just uses the Environmental Protective Agency as his personal legislative branch. Because, evidently, the only democratic events that really matter are the ones that transpired in November of 2008 and 2012. 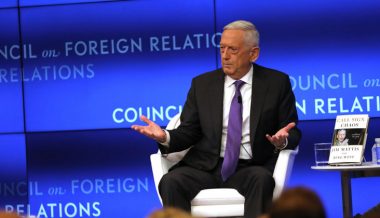