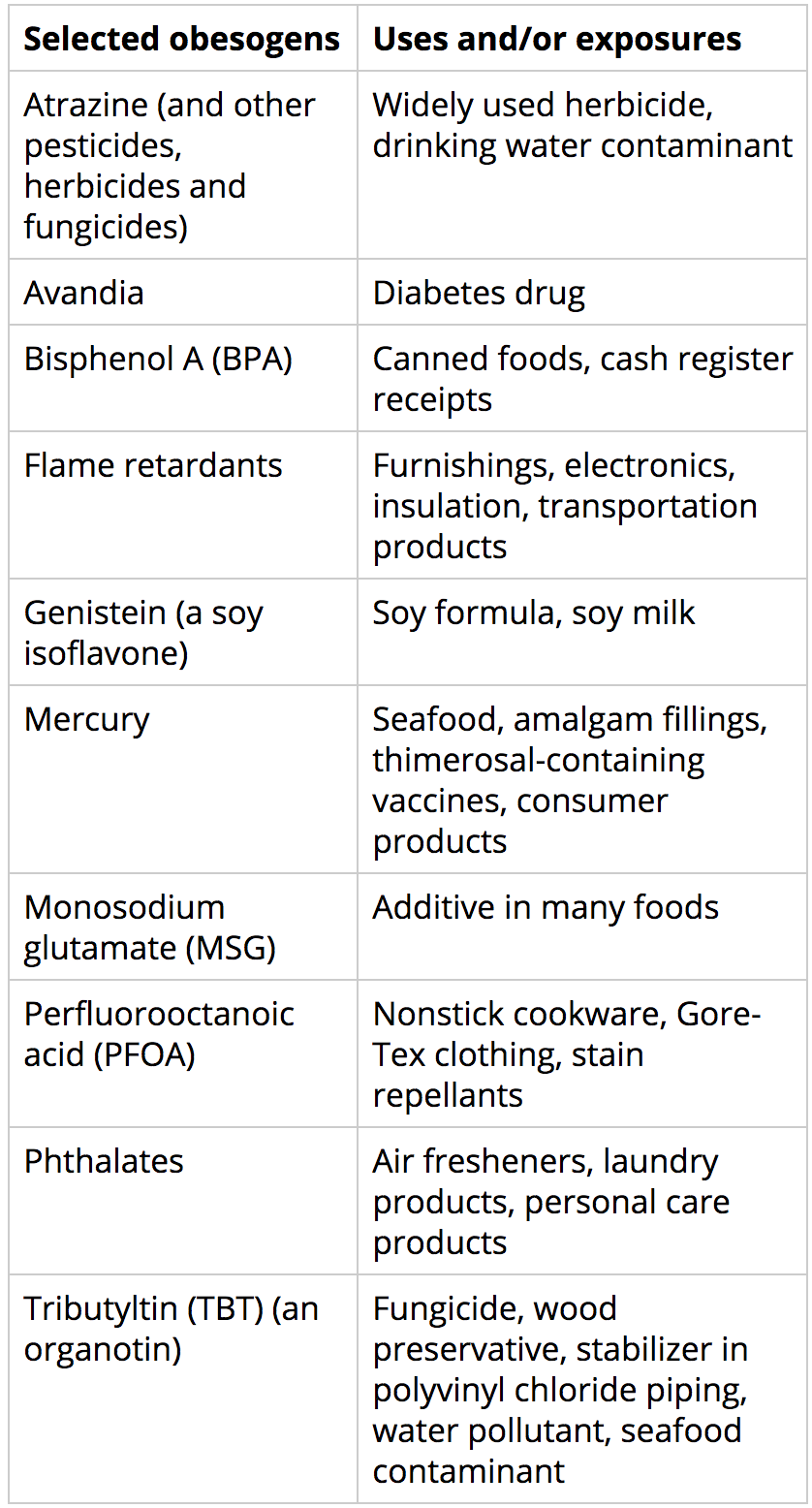 Almost two decades into the twenty-first century, the state of children’s health in the U.S. could scarcely be more distressing.

With many seemingly disparate health trends converging, over half of all children have at least one chronic condition. Obesity and autism are two of the conditions that have witnessed the most dramatic increases. The prevalence of obesity in infancy and childhood has more than tripled since the late 1970s, and a major national survey estimated the 2016 prevalence of diagnosed autism spectrum disorders (ASDs) in 3- to 17-year-olds at one in 36, up from about one in 10,000 in the 1980s.

For most people, obesity and ASD appear to have little or nothing to do with one another, but research points to an intriguing crossover between the two. Specifically, children with ASD are more likely to be obese than children without autism, and obese children are disproportionately likely to have a neurodevelopmental disorder such as autism or attention deficit hyperactivity disorder (ADHD). This pattern, displayed consistently across a growing number of studies, begs the question of whether the two childhood epidemics share underlying risk factors and underlying mechanisms of dysfunction. The biologically plausible answer is yes—and developmental exposures to chemicals and environmental toxins may hold a large portion of the blame.

The most recent study to analyze obesity prevalence among U.S. youth with ASD, published in August 2018 in the journal Autism, used national data for young people aged 10 to 17 years from a 2016 survey. The researchers’ analysis of the survey data showed that although typically developing youth are certainly not exempt from having weight problems, young people with ASD had significantly higher odds of both overweight and obesity—with the two weight categories combined affecting over two-fifths (42.4%) of ASD youth versus less than a third of typically developing youth (30.8%). In addition, children with severe autism had a more than threefold greater odds of being obese compared to those with “mild” ASD.

Obesity researchers have pointed out that it would be highly “improbable” to explain away the startling trend of more and more obese babies by saying that the very youngest are simply “consuming more food or exercising less” than previous generations of infants. Instead, the alarming rise of obesity in the youngest age group (under age two) furnishes a telling clue that “an altered in utero or postnatal environment” may be predisposing children to become obese.

In fact, researchers coined the term “obesogen” a dozen years ago with developmental exposures in mind. The various substances that have been put forth as obesogens—dietary, pharmaceutical and industrial compounds (see table)—exert powerful and perhaps irreversible effects on fetal and infant development by altering how fat cells develop and store energy, and interfering with the system that controls appetite and feelings of fullness—potentially leading to a “lifelong battle of the bulge.” Many obesogenic compounds are disturbingly pervasive—one study documented the presence of multiple organotins (tin-based compounds with many industrial uses) in all house dust samples analyzed. 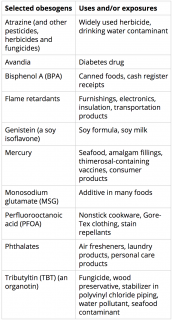 One of the principal ways that these compounds lay the groundwork for obesity is by disrupting the all-important endocrine system. Under ordinary conditions, the endocrine system regulates metabolism as well as a number of other key biological functions. Endocrine disruption, therefore, can have “wide-ranging” consequences that include “adverse neurological, reproductive, cardiovascular, metabolic, and immune effects.” It appears, moreover, that obesogenic effects “may pass on to later generations through epigenetic changes” (changes that affect “when and how genes are expressed…without altering the actual genetic code”). One study described obesity-related effects “through at least three generations” following “ancestral exposure to obesogenic chemicals.”

In light of the endocrine system’s role in neurodevelopment, it is not surprising that researchers have linked many of these same endocrine-disrupting chemicals (EDCs) to autism. An expert panel analysis in the European Union agreed on a “probable” causative relationship between endocrine disruptors and ASD, ADHD and “IQ loss and associated intellectual disability”—in addition to a causal role in both childhood and adult obesity. (The panel also reported a “substantial probability of very high disease costs across the lifespan associated with EDC exposure,” amounting to “hundreds of billions of Euros per year.”)

Complicating the EDC picture, studies show that different mechanisms operate for different endocrine disruptors, with some EDCs prompting adverse effects at very low doses (“1,000 times below the dose that regulatory agencies presume causes no effect in humans”) and others eliciting a toxic response at “intermediate” doses. This means that arbitrary safety thresholds are likely to have minimal utility for autism and obesity prevention.

Although most investigators remain siloed in one specific area of research, numerous parallels (both related and unrelated to EDCs) are apparent between autism and obesity for those willing to make the logical leap. These include:

Vaccination must also be considered as a contributor to both chronic conditions, particularly in light of the presence of endocrine-disrupting heavy metals such as aluminum and mercury in vaccines and the many studies reporting vaccine-induced inflammation (often aggravated by the vaccines’ aluminum adjuvants). Researchers also acknowledge that vaccination, in conjunction with increased use of antibiotics, may be leading to “changes in the interaction between humans and microbes,” altering the composition of the gut flora and creating “a state of disequilibrium between protective and pathogenic bacteria.” Interestingly, some investigators have proposed aluminum adjuvants and the viral and bacterial components of vaccines as risk factors for inflammatory bowel disease (IBD) due to the “deregulated inflammatory response” induced by vaccination.

Researchers describing the alarming obesity epidemic in U.S. children suggest that these trends “portend a continued acceleration of the burden of…chronic disease, decrements in quality of life, and potential decreases in life expectancy.” The same has been noted with respect to ASD. Reducing or eliminating exposure to environmental toxins during “sensitive [developmental] windows” could have a “huge effect” on preventing both obesity and autism as well as the numerous other chronic, neurodegenerative and inflammatory diseases overwhelming the current generation of children. A more concerted focus on addressing these toxic substances’ developmental impact is vital if we are to help children reach their full, healthy potential.