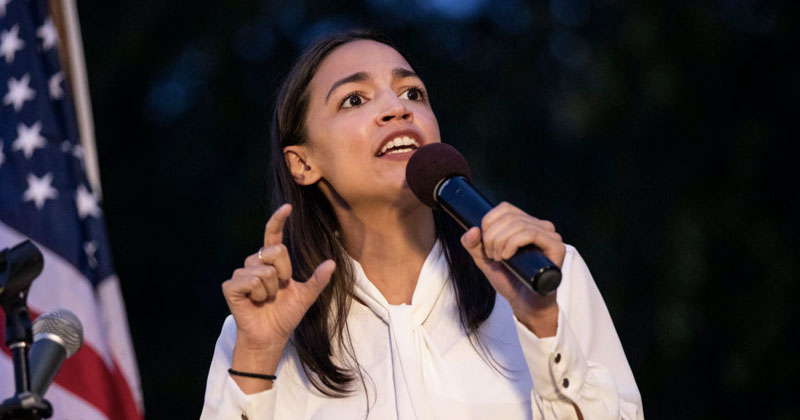 Rep. Alexandria Ocasio-Cortez (D-NY) continued her verbal assault on the Electoral College, this time smearing the Constitutional system that guarantees big states don’t have undue influence in electing the president as an “electoral affirmative action” scheme for rural Americans.

On Friday, Ocasio-Cortez posted the following 5-point missive on Twitter:

I see Fox News is big mad about abolishing the electoral college.

So let’s talk about it.

1) If the GOP were the “silent majority” they claim, they wouldn’t be so scared of a popular vote.

They *know* they aren’t the majority. They rely on establishing minority rule for power.

3) LASTLY, this concept that the Electoral College is provides “fairness” to rural Americans over coastal states doesn’t hold any water whatsoever. First of all, virtually every state has rural communities. NY. California. Much of our states are rural.

5) The Electoral College isn’t about fairness at all; it’s about empowering some voters over others.

Every vote should be = in America, no matter who you are or where you come from. The right thing to do is establish a Popular Vote. & GOP will do everything they can to fight it.

Last week, the socialist lawmaker claimed the Electoral College “is, in fact, a scam” and has a “racial injustice breakdown.”

She wrote: “The Electoral College has a racial injustice breakdown. Due to severe racial disparities in certain states, the Electoral College effectively weighs white voters over voters of color, as opposed to a “one person, one vote” system where all our votes are counted equally.”

With all the talk about “popular votes” and getting rid of the Electoral College. Richard Proctor joins with startling facts about how few counties Hillary won nationally (and even in NY). But the Electoral College we have now bears little resemblance to the Constitution which has been ignored from nearly the very beginning. Here’s what it says, why its better and how to get back to it.