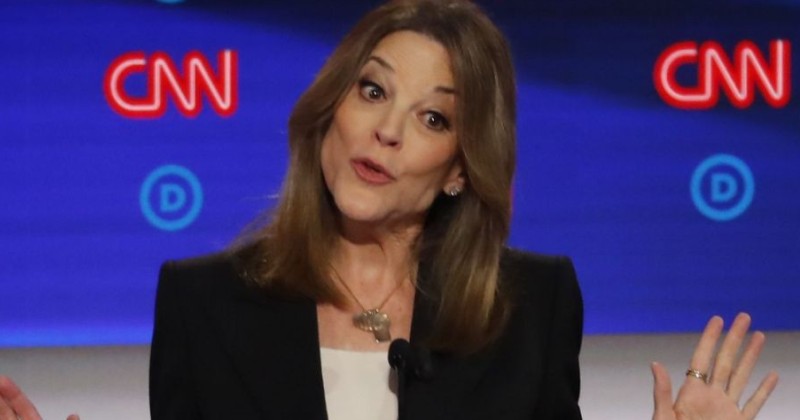 Despite having the least time and at one point appearing to almost yodel while warning of ‘dark psychic forces’, self-help guru Marianne Williamson came out of last night’s Dem debate on top, being the most searched candidate and winning the Drudge poll.

And that probably tells you everything you need to know about the state of the Democratic party.

After having called to defeat President Trump with “love” in the first debate, Williamson attracted the most attention again as the other candidates failed to shine.

Marianne Williamson really just started yodeling in the middle of the #DemDebate pic.twitter.com/LiGaAsdYMg

However, the hippy author came out on top of the Google search race despite receiving the fewest questions and the least airtime. 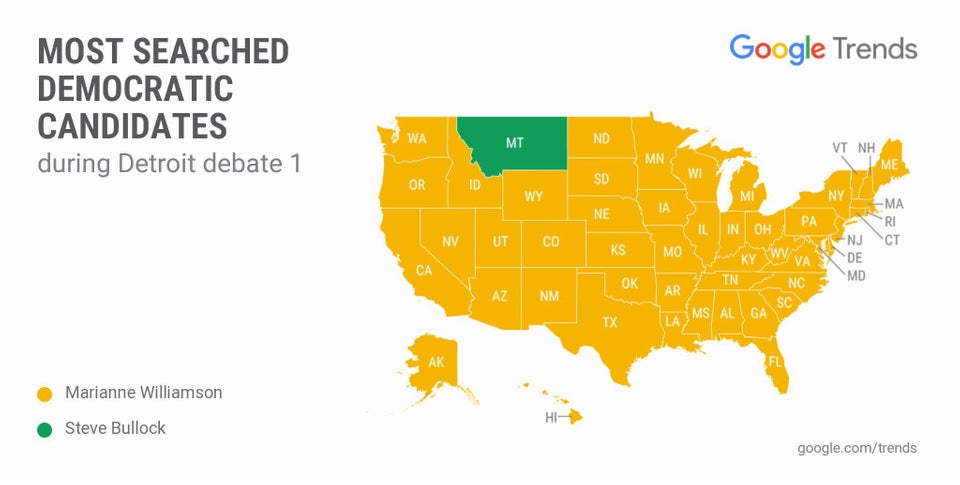 She also won the Drudge poll by a mile with over 46% of the total vote compared to her nearest rival John Delaney who got under 12% of the vote.

“Trump is literally going to be debating against healing crystals in 2020,” joked one member of the Donald Reddit forum.