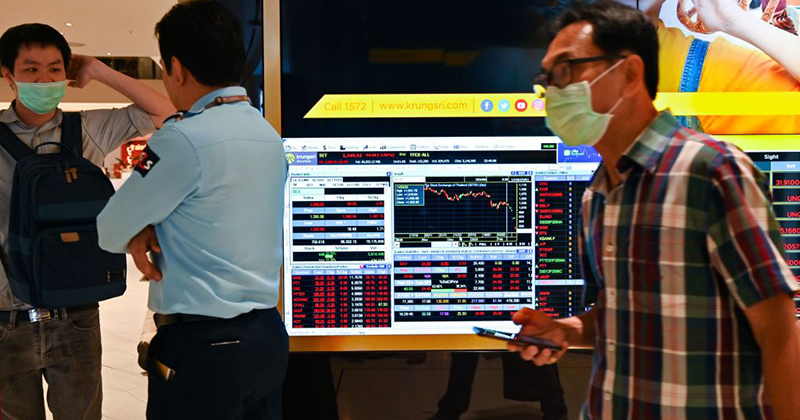 As the coronavirus spread across the world over the last six weeks, the IMF and WHO have in many ways played down the fallout from the outbreak.

In the beginning, the WHO memorably hesitated to declare the outbreak a “Public Health Emergency of International Concern (PHEIC)”.

More recently, Director-General Dr. Tedros has urged government officials to avoid using the “p-word” for fear of a default in the two tranches of “pandemic bonds” that the organization issued a few years ago, a move that could wipe out the nascent market for WHO debt at a time when the organization is trying to expand in scope.

Mike Adams joins Alex Jones live via Skype to confirm that the coronavirus is a bioweapon released by the Chinese Communist government to destroy the United States’ economy.

Despite reports that the IMF and World Bank are consider holding their annual spring meetings, typically held in Washington DC in April via teleconference, the IMF’s has said it expects the outbreak will shave only 0.1 percentage point off global GDP growth. Taking things a step further, American investment banks have been spreading rumors about “coordinated central bank easing” to try and convince their clients that the Fed will make everything okay and that this is just another dip to “BUYBUYBUY”.

But on Monday, the OECD became the first major NGO to sound the alarm over the outbreak (thoug, claiming that the global economy is “at risk” and that the organization fears global growth could contract “by half” from its prior forecast, the FT reports.

According to the OECD, the fallout in China alone could shave 0.5 percentage points off this year’s global rate of growth.

Here’s more from the FT:

The OECD became the first international organisation to sound the alarm about coronavirus on Monday, saying the world economy was “at risk” and warning of the possibility that global growth will halve this year from its previous forecast. Just the effect of the widespread closure of factories and businesses in China was likely to cut 0.5 percentage points from the global growth forecast in 2020, the Paris-based international organisation said, lowering its forecast from an already weak 2.9 per cent to 2.4 per cent. That puts the global economy on the verge of a recession, which is traditionally defined as growth below 2.5 per cent. If there was a “longer lasting and more intensive coronavirus outbreak, spreading widely throughout the Asia-Pacific region, Europe and North America”, prospects would dim further and global growth “could drop to 1.5 per cent in 2020, half the rate projected prior to the virus outbreak,” the OECD added. Calling on governments to act “swiftly and forcefully” on health and economic effects, it called for supportive monetary and fiscal policies to restore confidence even though it recognised that economic policies cannot offset the immediate effects of shutdowns in business activity designed to slow the spread of the virus.

If Germany doesn’t open up that pocket book, the global economy could really be in trouble.