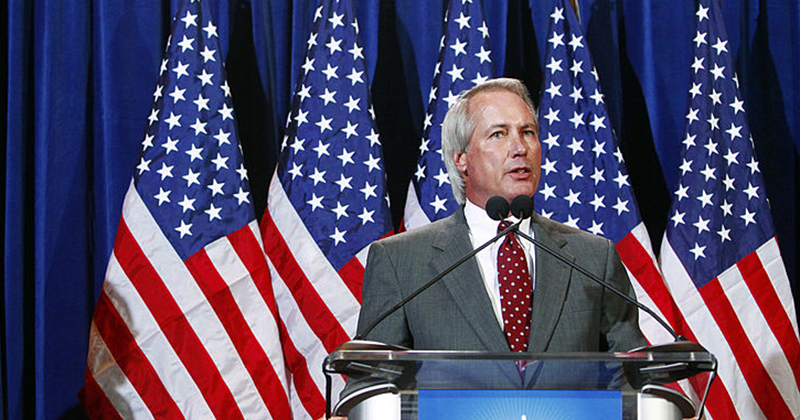 Owen breaks down the possibility that Kyle Rittenhouse may not have been the shooter of one of the assumed victims.

John Pierce told Reuters on Thursday that he and colleagues at Pierce Bainbridge would obtain justice for Kyle Rittenhouse, of Illinois, arrested and charged with shooting three people on Tuesday night, two of whom died.

A civil litigator, Pierce tweeted on Thursday that he would soon be joined by “a SEAL Team” of former assistant U.S. attorneys who are now criminal defense attorneys. Pierce will appear with Rittenhouse at an extradition hearing in Lake County Circuit Court in Illinois on Friday.

[…] The Pierce Bainbridge firm bills itself as a “state-of-the-art litigation law firm dedicated to the lost art of combat by trial,” according to its website.

Pierce told Reuters he is hoping to raise funds for Rittenhouse’s defense through his #FightBack Foundation, Inc., a Texas non-profit he formed with L. Lin Wood, an Atlanta attorney who is representing high school student Nicholas Sandmann.

As Michelle Malkin noted on Thursday, the deck is being stacked against young Kyle Rittenhouse.

Gov. Evers and Lt. Gov. Barnes were SILENT on assailant Gaige Grosskreutz pointing pistol and chasing Kyle Rittenhouse along with Antifa/BLM before Kyle was forced to act in self-defense. https://t.co/nEWdC5FkwA

Nonetheless, Lin Wood said on Thursday after teaming up with John Pierce that “Kyle will have excellent legal representation.”

Pierce said he will handle Rittenhouse’s defense with a team of the “best lawyers in [the] USA.”

Lin Wood and Pierce launched the #FightBack Foundation together on Thursday to raise funds for Rittenhouse’s legal defense.

@LLinWood @michellemalkin the website for #FightBack Foundation is now live at https://t.co/Panl7iBBrk. Please direct everyone there to contribute to Kyle Rittenhouse defense. This is the only fund authorized by the family. Thank you American patriots!

You can donate to Kyle Rittenhouse’s official legal defense fund at FightBack.Law.

It was revealed early Thursday that all three assailants who attacked Rittenhouse have criminal records and his first attacker was a level 3 sex offender (meaning a high-risk of reoffense and danger to the community) who was sentenced to over 12 years in prison for a sex crime involving a minor.

The 3 shot (2 killed) in #Kenosha, Wisc. at the BLM riot have been identified.

Joseph Rosenbaum, 36, was the first one killed. Video allegedly shows him chasing teen shooter & throwing something at him. Rosenbaum was a registered sex offender for a sex crime involving a minor. pic.twitter.com/up1VgDyrgZ

This is for when he was in PRISON btw. pic.twitter.com/GDhEdtzu5H

Anthony Huber, 26, was shot & killed in Kenosha, Wisc. at the BLM riot. He was filmed chasing down the armed teen and hitting him when he was on the ground with a skateboard. He has a criminal history that includes charges of battery & repeat domestic abuse. #KenoshaRiots pic.twitter.com/1rvx7ltKKS

This is who @gofundme is calling a hero https://t.co/BeaXp2CU5U pic.twitter.com/f8DuBAZID8

The third who was shot (& survived) is Gaige Grosskreutz, 26. He's a member of the People’s Revolution Movement. He was filmed chasing after the teen w/a pistol. He was shot at close-range in the upper arm. He has a criminal record that includes being intoxicated & armed w/a gun. pic.twitter.com/U9Q3R7pcPH

Please pray for Kyle Rittenhouse and his family that justice will be served!