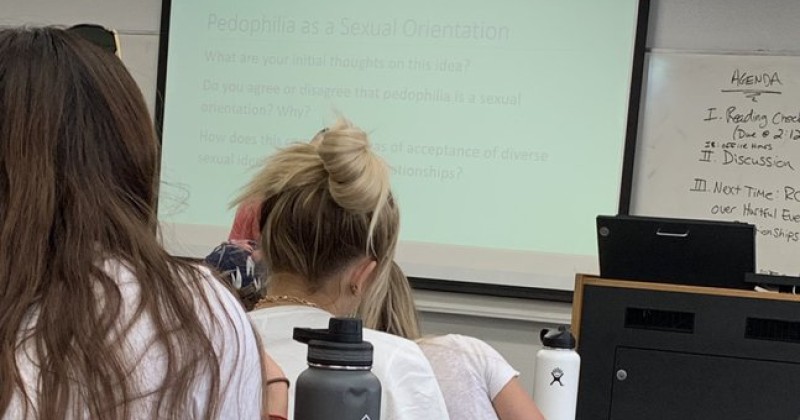 San Diego State University is teaching students that pedophilia could merely be considered to be an alternative “sexual orientation.”

“An actual topic we discussed in class today at a State University after watching an 8 minute Vice News video showcasing self identified pedophiles. This is going to be mainstreamed,” tweeted Alex Mazzara.

The photo shows a presentation slide entitled ‘Pedophilia as a Sexual Orientation’.

An actual topic we discussed in class today at a State University after watching an 8 minute Vice News video showcasing self identified pedophiles. This is going to be mainstreamed. pic.twitter.com/y4WJATXz08

It suggests that embracing pedophilia as an alternative sexual orientation could be part of the “acceptance of diverse sexual identities.”

The VICE video showcasing pedophiles may well have been their platforming of Todd Nickerson, a self confessed pedophile.

VICE’s article about Nickerson sympathetically portrayed him, an individual who openly admits wanting to molest children, as a victim of right-wing “vigilantes”.

Conservatives have been warning for years that the ultimate endgame of every fetish, gender identity and sexuality being not merely tolerated but endorsed would eventually be the mainstreaming of pedophilia.

We are now not far away from that very eventuality.