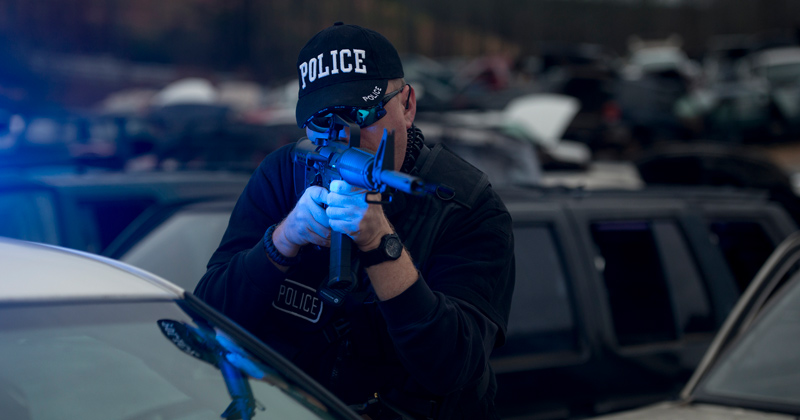 A sheriff in Ohio is warning armed thugs to expect return fire if they shoot at police.

In a press release condemning the “lawlessness” police have endured over the past few months, Butler County Sheriff Richard K Jones asserted his officers would fight back, rather than become victims of violence.

“IF YOU THINK ABOUT COMING TO BUTLER COUNTY TO ABUSE POLICE THINK AGAIN,” the press release states.

Sheriff Jones “has seen the lawlessness in the country over the last few months directed towards police,” reads the press release posted to Facebook.

The post goes on to describe examples of violence toward police throughout the country.

“The Sheriff has seen water dumped on police in New York, bricks and frozen water bottles thrown at police as well as officers blinded by lasers in Portland, Oregon. In addition, Police have been shot at in Chicago and all across the country.”

Sheriff Jones personally goes on to say deputies in his jurisdiction will not tolerate such behavior.

“I won’t tolerate it, period. You shoot at the police expect us to shoot back. I will not allow my deputies or any law enforcement officer in Butler County to take the abuse I have seen over the past several months. If you come to this county expecting a free pass to harm one of my men or women in uniform keep in mind, nothing in life is free.”

Butler County sits just north of Cincinnati, and is within driving distance of Columbus, Ohio, and Indianapolis, Indiana.