This is it. It’s over. Get ready for the most insane year of your life. 5 years. 10 years. One day you will look back at your life right now and think about how easy it was, how innocent. We are on the cusp of total collapse, right at the precipice.

If you’re like most people you probably have already decided that I am exaggerating without knowing why I am saying this. Well let me make it clear that I also wish I was exaggerating. I don’t sell survival equipment or gold. My job is not recession proof. I have a family. I didn’t wake up today and randomly decide to declare that this is the end of life as we know it. But I do research. I make calls and tune into radio, scouring the internet for news clips and analysis. I make a concerted effort to only quote trustworthy sources. The information that has emerged over the past few days confirms fears that this is actually an “Armageddon” event. I am being completely serious.

Check it: The oil, spewing out at 20,000 to 70,000 psi, and the sediment within it has eroded the very walls of the well itself in several areas. This means that this is now an uncontainable gusher that is literally spewing oil up from dozens of sites across the gulf floor. The massive oil pocket tapped under immense pressure is now spewing out into the seabed. Capping the well does nothing. The oil pocket is tapped, the pipe is eroded and the oil is now spewing up to the ocean floor with intense pressure. Plumes are being generated everywhere. They cannot stop this. Human technology cannot contain a liquid at that pressure, especially at that depth under the ocean. We simply do not have the technology or know-how to fix this. We don’t. The relief wells are essentially useless now because the original well cannot be plugged so oil will always flow out of it regardless of how many other wells they dig. They needed to get into the pipe, fill the old pipe with mud and cement and then divert the oil into the new well. But because the tapped oil pocket is sand blasting itself routes to the surface that grow each day in diameter due to the eroding walls and passageways, there is no “well” to fill. That is because whats left of the well is already dissolving. And each day that passes until they drill their so-called “relief wells” will only see the oil finding new routes through the escapes it has carved through erosion of the pipes and rock. Thad Allen, the head of the US Coast Guard, has said that the oil isn’t all flowing up the pipe anymore but is now “in communication” with the seabed and the surrounding soft rock formation. It is now blasting its own wells.

Ya, that’s bad, but that isn’t even the scary part. Hydrogen Sulfide, Benzene, Methylene Chloride, and other toxic gases are also spewing out along with the oil. In concentrations hundreds and thousands of times greater than what is considered safe for humans. Lethal levels. When the hurricanes come they will absorb this toxic seawater and drop it as rain. Literally toxic rain. Let me guess, toxic rain doesn’t scare you. The biggest threat is already actualized with the chemicals entering the atmosphere and being carried around by the wind.

“The media coverage of the BP oil disaster to date has focused largely on the threats to wildlife, but the latest evaluation of air monitoring data shows a serious threat to human health from airborne chemicals emitted by the ongoing deepwater gusher,” the Institute for Southern Studies blog reported on May 10.

Any one of these chemicals in these concentrations would be lethal. Mixed together it’s truly unthinkable.

The fragile US economy, in the midst of a feeble attempt at a jobless recovery, overstretched by war and out of control spending is not equipped to handle a disaster of this magnitude. No country in the world could. Remember how well they handled the Katrina thing? This makes Katrina look like a grade school fire drill. Well I wonder how well they will do this time as they prepare to evacuate entire cities and states. See this and this. Once the evacuations begin the markets will tank. Once people are forced to grasp what is happening around them the global economy will come to a screeching halt as it’s engine, the USA, sinks into the throes of the worst environmental disaster in the history of the world. This will cause a dollar confidence crisis. Enraged citizens will riot and loot with no hope of a decent life ahead of them. Martial law will be declared.

They have no way to stop this, only a theory that maybe a nuke would implode the oil pocket. Ya, we’re talking about nuking the earths crust under the ocean. Eventually the oil will make it’s way around the world as the entire oil deposit is unleashed into the ocean.

Are you buying the crap coming from BP? The bogus press releases and the downplayed assessments? They’ve been lying through their teeth, censoring the media and destroying evidence. If you trust them, you have some problems. 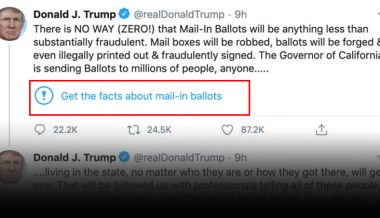