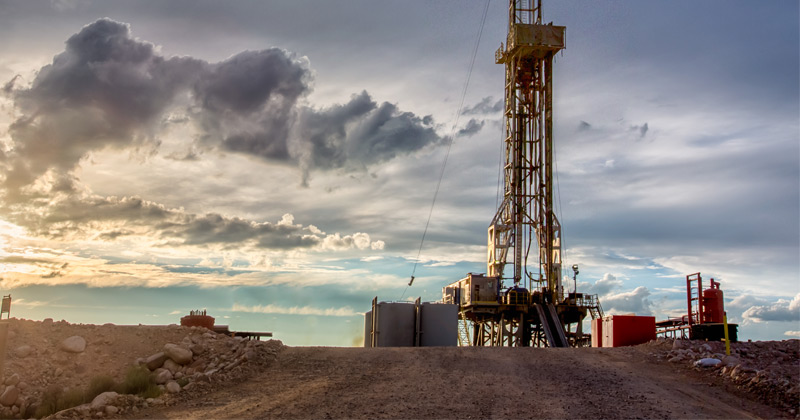 It was a rough week for the U.S. shale industry.

A series of earnings reports came out in recent days, and while some drillers beat expectations, there were some huge misses as well.

Concho Resources, for instance, saw its share price tumble 22 percent when it disclosed several problems at once. Profits fell by 25 percent despite production increases. Concho conceded that it would slash spending and slow the pace of drilling in the second half of the year.

It also said that one of its projects where it tried to densely pack wells together, which it called “Dominator,” the results were not as good as they had hoped. The project had 23 wells, but production disappointed. The “30 and 60 day production rates were consistent with our other projects in that area, but the performance has declined,” Leach said. So, the company will abandon the densely packed well strategy and move forward with wider spacing.

“We made the decision to adjust our drilling and completion schedule in the second half of the year to slow down and not chase incremental production at the expense of capital discipline,” Concho’s CEO Tim Leach told analysts on an earnings call. He said the company’s aiming for “a free cash flow inflection in 2020.”

The company reported a net loss of $792 million for the first six months of 2019. As Liam Denning put it in Bloomberg Opinion: “It’s sobering to think that Concho, valued at more than $23 billion in the spring of 2018 and having since absorbed the $7.6 billion purchase of RSP Permian Inc., now sports a market cap of less than $16 billion.”

The reason these results are important is because they may not be one-off problems for individual companies, but are more likely indicative of the problems plaguing the whole sector.

“There is little doubt this is a big event for the sector and a brake of this nature will create lasting impact,” Evercore analyst Stephen Richardson wrote in a note, referring to Concho’s poor results.

“How companies still, after all these years we have wailed and gnashed our teeth, manage to over-promise and under-deliver, remains an infuriating mystery,” Paul Sankey wrote in a note for Mizuho Securities USA LLC.

Whiting Petroleum had an even worse week. Its stock melted down on Thursday, falling by 38 percent after reporting a surprise quarterly loss that badly missed estimates. The company announced that it would cut its workforce by a third.

According to the Wall Street Journal and Wood Mackenzie, a basket of 7 shale drillers posted a combined $1.58 billion in negative cash flow in the first quarter, four times worse than the same period a year earlier.

While the results, in many cases, were bad, the declines in share prices were hugely amplified by the announcement of new tariffs on China, which caused a broad selloff not just in the energy sector, but for equities of all types. Here is a sampling of how the share prices of some oil companies fared on Thursday:

But the poor quarterly performances were true before President Trump took to twitter. Even with oil down and stocks perhaps looking cheap, “it’s hard to call it a contrarian opportunity right now,” Matt Maley, chief market strategist at Miller Tabak, told CNBC. “This group has really been dead money most of this year.”

Investors are clearly souring on the sector. As Bloomberg notes, speculative positioning from traders fell to the lowest level since March 2013, a sign of “investor apathy” towards crude oil and energy stocks.

While shale E&Ps languish, the oil majors are not slowing down. Exxon said that its oil production rose by 7 percent, driven by the Permian. In fact, its production from the Permian rose 90 percent in the second quarter from a year earlier. Earnings dropped by 21 percent, however, and the company cited lower prices and poor downstream margins.

But the majors aggressive bet on U.S. shale is a sign of the times. Small and medium drillers are getting hammered and seeing their access to capital close off, which is forcing budget cutbacks and otherwise leading to steep selloffs in their share prices. The majors, on the other hand, are only in the early stages of a multi-year bet on shale. They can stomach losses on individual shale projects for years, scaling up while they earn profits elsewhere.

So, despite the widespread financial losses for the shale sector, it’s not clear that production is set to grind to a halt.