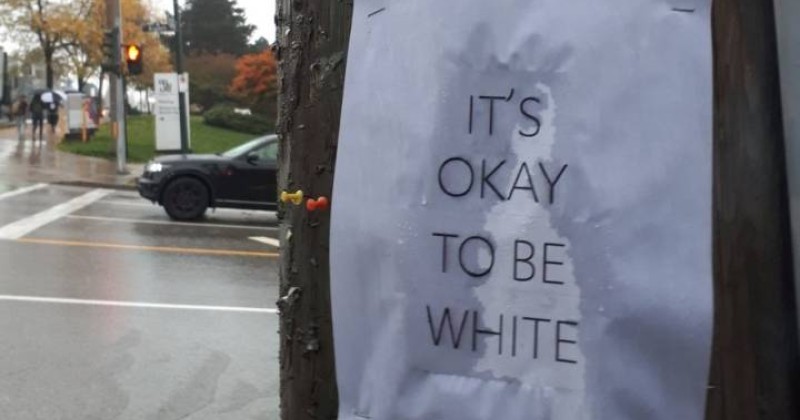 Police in Oklahoma City are investigating “It’s okay to be white” fliers that were posted at the Oklahoma City University School of Law as a potential hate crime.

Although authorities acknowledge that the fliers were “not believed to be a threat” and that posting them wasn’t a crime because no property was damaged, the individual responsible is under investigation anyway.

“Investigators are trying to determine his intent and whether the actions are a hate crime,” reports the Associated Press.

Law school Dean Jim Roth said the OCU is “intentional and relentless” in supporting diversity and the hatred and exclusion “will not be tolerated.”

Meanwhile in another incident, a sign that read “It’s OK to be white” was hung on a bridge over a highway in Massachusetts. A local ADL spokesman said the message “excludes people” and “targets people.”

“Being white is such an advantage in society and to suggest otherwise is just straight out racism,” said a man who tore the banner down.

As we previously highlighted, the whole thing was a product of 4chan trolls who sought to repeat their stunt of posting the fliers on Halloween to bait the media into whipping up another moral panic about racism.

Many have commented that the stunt is particularly cunning because it forces the left to adopt the ideologically bigoted view that it isn’t ‘okay’ to be white, thus revealing them to be the actual racists.