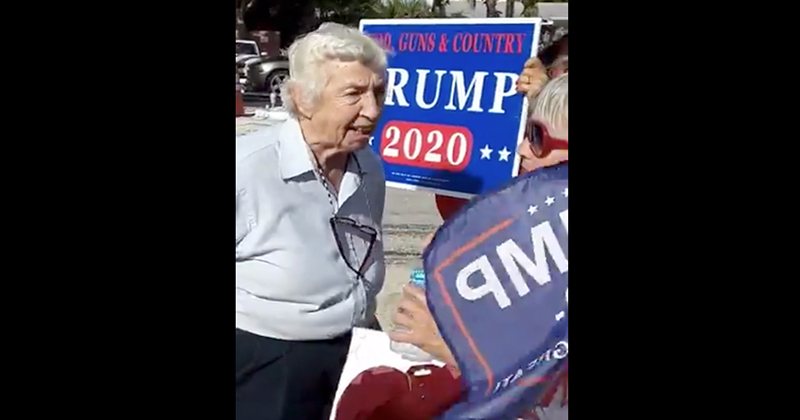 A viral video posted to Twitter shows a very angry elderly woman who sounds like Mickey Mouse yelling in the face of Trump supporters before police step in and ask her to leave.

“In Arkansas, my brother was her lawyer. He was lawyer of the year. He represented Hillary!” the woman shouts at the beginning of the clip, which has now been seen nearly 800,000 times.

A protester asked the upset woman, “Do you know they’re killing babies?” and she quickly responded, “Bullshit! Where’s the evidence?”

A police officer entered the scene and told the woman, “Relax, okay? Calm down.”

As she walked away, the Trump supporters chanted, “Four more years!”

These are the type of people conservative demonstrators have to deal with on a daily basis.

Discovered: Same Deranged Leftist Protester Shows Up At Every Event