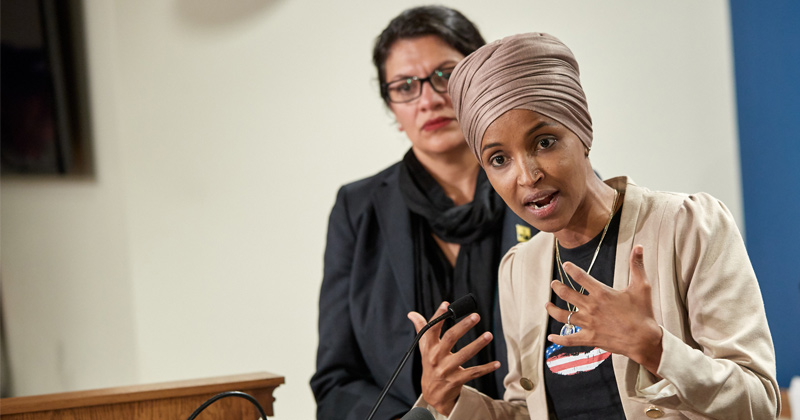 Rep. Ilhan Omar (D-Minn.), who’s been accused of marrying her own brother, was just caught deleting a 2013 “Happy’s Father’s Day” tweet directed at Nur Said, who’s also been accused of being her real father.

“Happy Father’s Day to my aabo Nur Said, I am forever grateful to Allah for giving me the best father…” the now-deleted tweet stated.

Ilhan Omar has just deleted this tweet from 2013 that proves her father is Nur Said, which makes her Ilhan Nur Said (surnames are the fathers names in most Muslim/MENA countries), and that Ahmed Nur Said, who she married, is in fact her brother.

Why did you delete it, @IlhanMN!? pic.twitter.com/rRjwPyu2X7

The deleted tweet was also preserved at the Internet Archive: 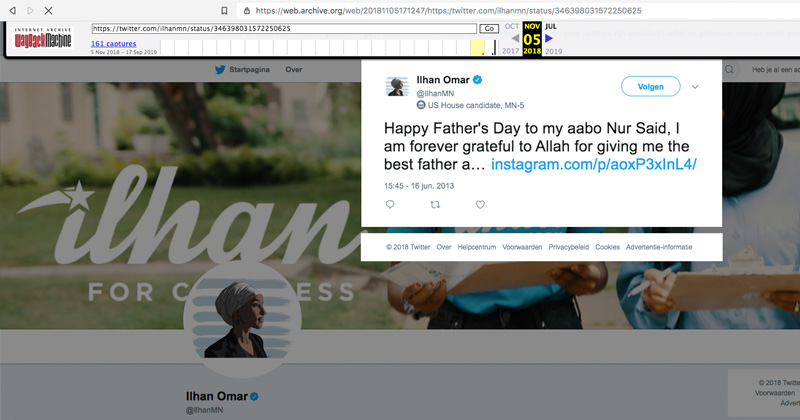 Why would Omar suddenly delete this tweet if it’s simply a Father’s Day message from 2013? If Nur Said was simply her father-in-law as publicly claimed, why not leave the tweet up?

The deletion has led to renewed scrutiny of Omar’s previous statements about key aspects of her life.

The deletion of the post is as much evidence of fraud as the post itself is. Why would someone delete a post wishing their father a happy fathers day, unless it incriminates her in lying about basic aspects of her life. https://t.co/V5FSVTFhrN

As the Daily Caller and the Minnesota Star Tribune reported, Omar has been accused of, but denied, marrying her own brother in an apparent attempt to help her family’s immigration status in the U.S.

The Tribune reported that in 2002, she married Ahmed Hirsi under a religious, but not legally recognized, ceremony and had two children, then separated from him and legally married Ahmed Nur Said Elmi in 2009 – but had filed taxes jointly with Hirsi in 2014 and 2015 despite being legally married to Elmi.

Why did the New York Times leave out key facts regarding an accusation made against Supreme Court Justice Brett Kavanaugh?