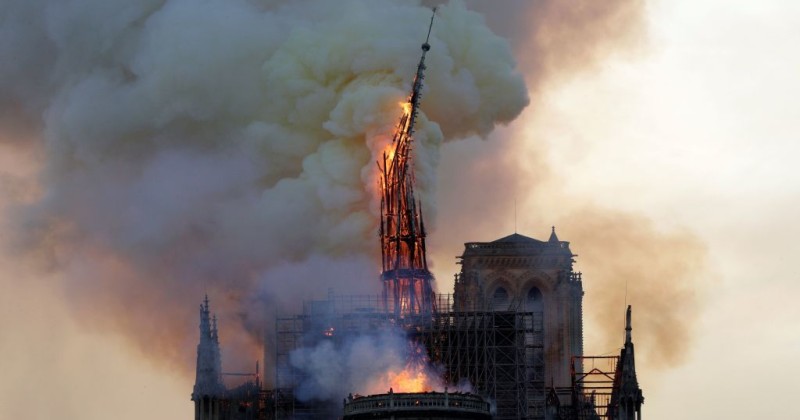 One year after a fire nearly destroyed the Notre Dame Cathedral in Paris, the cause of the blaze remains a mystery.

On April 15, 2019, the 850 year old gothic building was engulfed in flames, sending its iconic spire crumbling to the ground.

Despite police initially asserting that an electrical short circuit was the probable cause of the fire, Europe Echaffaudage said that the electricity supply to the two lifts on the site “was perfectly within specifications and well maintained.”

12 months on and there is no official conclusion as to how the fire started.

Le Journal des Arts reports that the coronavirus lockdown and the fact that the remains of the original scaffolding that the fire brought down is still on site has delayed the investigation.

“Experts still haven’t been able to gain access to the area where the blaze is believed to have begun, and that area will not be accessible until the scaffolding comes down,” reports ArtNet.

As we previously highlighted, following the blaze, the French government ordered state-employed architects not to give interviews to the media about the Notre Dame fire.

As the video below documents, in the days after the fire, BuzzFeed ran a fake news hoax denying that Muslims had celebrated the fire, despite evidence of this being manifestly provable.

I posted a video from Facebook showing users with Islamic names reacting to the burning cathedral with thumbs up and smiley face emoticons.

BuzzFeed then claimed in an article, “the video in question does not show what people on Facebook were reacting to.”

This was a complete lie. The video clearly shows the Notre Dame Cathedral burning in the background.