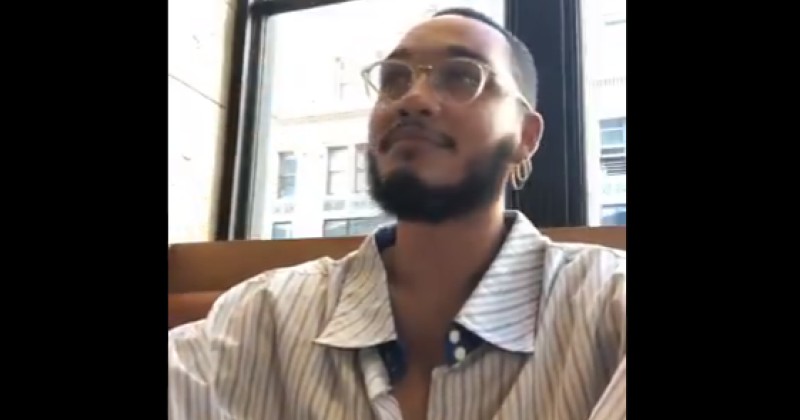 A man claiming to be the “only black person” in a restaurant boasted about making white people uncomfortable before facing a Twitter backlash.

The man, whose Twitter handle is @HoodProfett, posted a video of himself smiling while sat at a table.

“I was the only black person at this boujee ass restaurant and the whites were so uncomfortable. The power we have,” he tweeted.

The power we have pic.twitter.com/jLBmzLK88N

Despite the tweet receiving nearly 150,000 likes, many of the most popular responses were not very enthusiastic.

“Same energy,” tweeted Ian Miles Cheong, with a link to a meme about someone with no friends.

“They’re staring cause he looking at his phone all weird but clearly not on the phone with anyone,” joked another.

“Them people was just eating they food bruh,” commented another user.

“I’ll take things that never happened for $500 Alex,” remarked another.

The memes came in thick and fast.

the white people in the restaurant pic.twitter.com/XmdLO55Ks5

this how the restaurant really was pic.twitter.com/WfShglWUcz

After the backlash, the man claimed, “The amount of non black + white folks interacting with this has become a bit concerning. So I’m muting this.”

He did find space, however, to list his cashapp handle so people could send him money (for what reason, God only knows).