Since leaving the Supreme Court in 2006, O’Connor has dedicated her time to encouraging American youths to study civics. But it was about a minute and a half into the interview that O’Connor revealed the scary state of apathy that currently plagues our nation.

[efoods]One-third, that is roughly 103 million of 305 million Americans that can simply name the three branches of government: judicial, legislative and executive for those of you keeping score.

The Colonnade staff is shocked.

We are constantly reminded that today’s society is drowning in lethargic waters, but are two-thirds of Americans really the dolts that this statistic points to, or do they simply lack education?

For many, there is no excuse, but for some a failing education system is the obvious blame.

Unfortunately, in this country many public schools, especially in low-income areas, do not provide the education necessary to rid students of the ignorance that leads to such an astonishing statistic.

In order for a republic, “by the people, for the people,” to properly work, that ignorance must be erased.

Unfortunately, that most likely will never be fully realized, but you can help.

It’s really quite simple: take some time out of your day and just see what is going on in the world. Brush up on your knowledge of how the American government system works, although many find it boring, it really can be quite fascinating (and understanding how the government works will help you in your everyday life).

The old saying that “ignorance is bliss,” shouldn’t ring true in this “information age.” Because, really, how can we expect to make the world better, if we cannot make ourselves a little better. 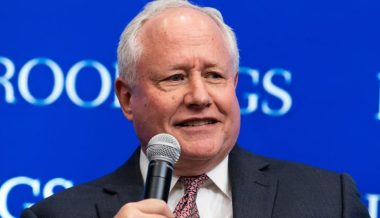