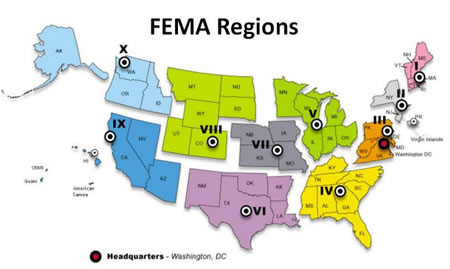 State of Emergency Communique #1: America, Canada, and Mexico are financially and mentally colonized nations. But financial fraud and media propaganda are no longer enough to keep the people down. Due to the political awakening across the continent the need for the boots has come.

“It is clear that there has been a sustained move in the direction of martial law preparations, a trend that has been as continuous as it has been unheralded.” – Professor Peter Dale Scott, “War, Martial Law, and the Economic Crisis,” Global Research, February 23, 2011.

“They take our tax money and then militarize the police, and use the regular military against us.” – Alex Jones, “Military Industrial Complex has declared war on the US,” Russia Today, January 19, 2012.

“It’s not just for the Afghanistan and Iraq wars anymore. The Department of Homeland Security is interested in a camera package that can peek in on almost four square miles of (Constitutionally-protected) American territory for long, long stretches of time.

Homeland Security doesn’t have a particular system in mind. Right now, it’s just soliciting “industry feedback” on what a formal call for such a “Wide Area Surveillance System” might look like. But it’s the latest indication of how powerful military surveillance technology, developed to find foreign insurgents and terrorists, is migrating to the home front.” – Spencer Ackerman, “Homeland Security Wants To Spy On 4 Square Miles At Once,” Wired, January 23, 2012.

“There is a genuine, dangerous disconnect between the Washington foreign policy apparat and the broad American people as a whole. And I think you saw evidence of this on February 15 (2003), when there were peace demonstrations in as many as 300 American cities. And I think that there is a real difference between what I call the American oligarchy, which now pretty much controls not only the White House but the Congress and the Supreme Court, and the American democracy.” – Lewis Lapham, “Lewis Lapham’s attack on American plutocracy,” Allan Gregg’s YouTube Channel, January 20, 2011, (Original broadcast: March 2003).

“How low have we sunk, Mr. Obama? You portray yourself as a man of honor and a defender of constitutionalism, but you have opened the gates to lawlessness and authoritarian rule.” – Philip Giraldi, “Creating American Terrorists,” The Council For The National Interest, January 19, 2012.

“A North American Homeland Security perimeter goes well beyond keeping people safe from any perceived threats. It is a means to secure trade, resources, as well as corporate interests and is a pretext for control over the continent.” – Dana Gabriel, “The Pretext for a North American Homeland Security Perimeter,” Be Your Own Leader, December 11, 2011.

“All the power and policy of man cannot continue a system long after its truth has ceased to be acknowledged, or an establishment long after it has ceased to contribute to utility. It is equally vain, as to expect to preserve a tree, whose roots are cut away. It may look as green and flourishing as before for a short time, but its sentence is passed, its principle of life is gone, and death is already within it.” – Anna Letitia Barbauld, Selected Poetry & Prose, pg. 275-276.

The process of global state-building has been going on for a long time. At the mid-way point of the existence of the American republic the U.S. Constitution came under attack and America’s national sovereignty was destroyed by international banks and corporations.

The U.S. Constitution was ratified on June 21, 1788, but by 1900 it was already coming undone by traitors from within Washington and ambitions bankers from beyond her shores who invaded America with suitcases full of money instead of armies and tanks.

From 1900 to 1912 they engineered various financial crises in order to consolidate financial and political power. The bought off media misdirected public attention away from their criminal actions and towards an anti-capitalism/anti-free market narrative.

Then in 1913 the Federal Reserve Act effectively ended constitutional rule in the United States and recolonized the American people. Under the Act, the power to create and lend money, which is the greatest power a government can have, was repossessed by the private bankers connected to the British aristocracy who were defeated by the American founding fathers and the American people in America’s First War of Independence.

I say “First” because it is clear that a Second War of Independence needs to be fought in the 21st century against the private bankers and the fascist multinational corporations connected to them that have robbed America blind and destroyed its social fabric.

But this time the pawns with the guns drawn are not foreign imperial troops, nor are they gentlemanly soldiers in red coats. The pawns in the 21st century American police state are ruthless and arrogant scum who have been trained to smash in faces and pull out eyeballs.

Police officers pepper sprayed university students in the face on a bright sunny day when everything seemed relatively peaceful and orderly. Imagine what these lawless goons in uniform will do to ordinary citizens and protesters when martial law is declared, order in the streets is gone, and mobs roam through stores like wild dogs.

When Martial Law is declared and social order breaks down, North America will become the battlefield that the military and civilian planners in Washington intended it to be all along. Indefinite detention centers will come into use. Also, the war on the Internet and free press will turn very real and very deadly.


I expect that Middle Eastern war zones will look pretty tame by comparison to some of the war zones on the North American continent. After all, the land of the gun can only be pacified by the gun.

All the police state laws since the false flag 9/11 attacks have contributed to the process of global state-building and the establishment of a universal slave grid system. The unstated objective of this new international system is permanent bondage of the people. The criminal and Satanic elite want to gain complete control of the planet and human destiny. According to historian Webster Tarpley, radio host Alex Jones, and others, large pockets of the middle class and the underclass will be exterminated under this system of mass death.

This is where Homeland Security comes in. It has been set up as an extrajudicial killing and spying machine. But its undercover anti-democratic and eugenicist operations are being concealed behind false narratives like the war on terror and false aims like domestic security.

Homeland Security’s tyrannical reach also extends into Canada. The usurpation of Canada’s national sovereignty by political and corporate elites means Canada, like America, is a wilderness without laws and institutions. We are witnessing the re-colonization of the North American continent. This time around, however, the colonizers do not speak a foreign language.

Dana Gabriel highlighted the consolidation of political power and natural resources by the plutocrats in North America on December 11, 2011, in an article called, “The Pretext for a North American Homeland Security Perimeter”:

On December 7, President Barack Obama and Prime Minister Stephen Harper announced the Beyond the Border Perimeter Security and Economic Competitiveness Action Plan. The new deal focuses on addressing security threats early, facilitating trade, economic growth and jobs, integrating cross-border law enforcement, as well as improving infrastructure and cyber-security.
.
.
While the perimeter agreement is being sold as vital to the safety and prosperity of Canadians and Americans alike, there is little doubt that it will mean a tradeoff between sovereignty and security. Any deal which gives the Department of Homeland Security more personal information poses a serious risk to privacy rights. As both countries move forward, perimeter security will be further defined and dominated by American interests. This could force Canada to comply with any new U.S. security measures, regardless of the dangers they may pose to civil liberties. A North American Homeland Security perimeter goes well beyond keeping people safe from any perceived threats. It is a means to secure trade, resources, as well as corporate interests and is a pretext for control over the continent.

Things will get messy once the people in America and Canada wake up and discover that both countries have been colonized by international banks and corporations behind their backs.

In a state of martial law, dissidents, bloggers, fact-based journalists, anti-war activists, gun owners, Occupy Wall Street activists, and Tea Party activists will all be deemed “domestic terrorists” and taken away into secret dungeons by the brainwashed pawns of the global corporatist state.

Tom Burghardt wrote on October 11, 2008, in his article, “Militarizing the “Homeland” in Response to the Economic and Political Crisis”:

Wholesale spying on activists by the Pentagon’s now defunct Counterintelligence Field Activity (CIFA), as well as revelations that State police agencies in Maryland routinely spied on antiwar organizers, shared this information with the National Security Agency and classified them as “terrorists” in government-run databases, are viewed as exemplary means to “keep the rabble in line”–and under wraps, if necessary.

A highly-disturbing report by Christopher Ketchum in the May/June 2008 issue of Radar Magazine, outlined how the top secret Main Core database linked to Continuity of Government contingency planning, “includes dissidents and activists of various stripes, political and tax protesters, lawyers and professors, publishers and journalists, gun owners, illegal aliens, foreign nationals, and a great many other harmless, average people.”

Reporting in July for Salon, investigative journalist Tim Shorrock was told by a source that Main Core is “‘an emergency internal security database system’ designed for use by the military in the event of a national catastrophe, a suspension of the Constitution or the imposition of martial law. Its name … is derived from the fact that it contains ‘copies of the ‘main core’ or essence of each item of intelligence information on Americans produced by the FBI and the other agencies of the U.S. intelligence community’.”

Those who still believe that the criminal hijackers of our governments, “won’t order the military and police to shoot to kill dissidents and protesters,” are stuck in la la land. They can’t see that North America is already being treated by the elites and government authorities as a theater of war. They can’t see that the mouse traps have been laid and that the maze of slavery has been designed to the last detail.

Staying blind doesn’t make the political crisis go away or the reality of war and tyranny disappear into the background of life.

A reckoning is coming. There is no sense in remaining blind to it.

This article first appeared on Saman Mohammadi’s blog The Excavator