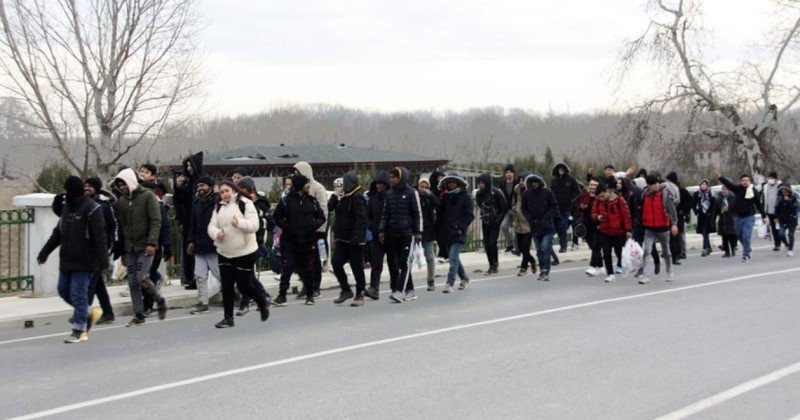 Hungarian Prime Minister Viktor Orbán has vowed to protect his people as Turkey once again opened the floodgates of refugees heading to Europe.

Amid an escalation in Syria following an airstrike which killed 33 Turkish troops, Ankara announced that it would no longer hold back the wave of people attempting to reach Europe.

Almost immediately, videos showed migrants heading towards the borders of Greece and Bulgaria as well as Turkey’s Aegean coast.

Can't wait for all these new doctors and lawyers to arrive in Europe!pic.twitter.com/4F2dAOyRG4

Syrian refugees run towards European border as #Turkey will no longer stop them pic.twitter.com/34kQp6Iko9

Irregular migrants are walking towards northwestern Turkey to cross into Europe after airstrike by Assad regime in Syria’s Idlib pic.twitter.com/BmoEzAQDn0

Ankara is once again using migrants as a weapon in a bid to accomplish its geopolitical goals, illustrating how so-called “refugees” can only have a massively negative impact on the countries they enter.

Orbán responded by vowing to stand strong against the threat.

“Despite all the attention the coronavirus is attracting, migration remains a historical challenge,” he said. “The upward flow [of migrants] from the south is a historical trend, and we stand in the way.”

“Where will the flow from the south be stopped?” asked Orbán. ” I have always maintained that the invasion of migratory masses is wave-like.”

With the migrants also representing another possible vector for the spread of coronavirus, Europe is facing a massive twin threat.

Meanwhile, as Coronavirus continues to spread around Europe, Hungary is testing arrivals from Italy for symptoms of the illness.

That differs from the UK, where arrivals from Italy just walk straight into the country with no tests whatsoever.

So far, there have been zero cases of coronavirus in Hungary, unlike the rest of Europe where numerous countries recorded their first cases of the virus as a result of carriers entering from Italy.