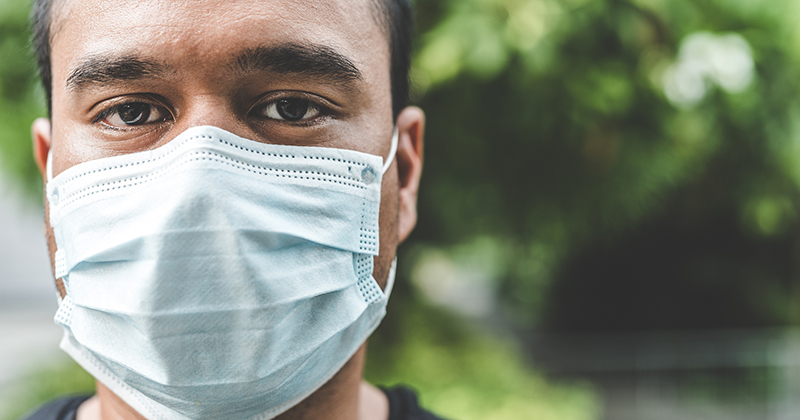 Lincoln County in Oregon exempted “people of colour” from wearing face masks earlier this week, but has already reversed their decision after a backlash.

Health officials in the Oregon county announced last week that they would be mandating face masks or coverings in public settings that may see people come within six feet of each other.

They then followed that up on Tuesday, adding that “people of color who have heightened concerns about racial profiling and harassment due to wearing face coverings in public” will be exempt from their rulings. Lincoln County is currently 90% white and less than 1% black.

Video of a man using an air quality monitor to prove that wearing masks creates unsafe work conditions is going viral as the national debate about masks intensifies in the face of rising coronavirus cases.

The order stems from an ill-guided belief that face coverings are racist. Trevor Logan, an economics professor at Ohio State University, said on CNN in April that when face masks are mandated, governments are “basically telling [black] people to look dangerous given racial stereotypes out there”:

This is in the larger context of black men fitting the description of a suspect who has a hood on, who has a face covering on. It looks like almost every criminal sketch of any garden-variety black suspect. We have a lot of examples of the presumed criminality of black men in general. And then we have the advice to go out in public in something that… can certainly be read as being criminal or nefarious, particularly when applied to black men.

The story then went viral, and after the policy received nationwide attention, county officials quickly u-turned. In a statement, Lincoln County said that they had to shut down the policy, not because of mockery, but because they were receiving racist hate comments, and that “the very policy meant to protect [people of colour] is now making them a target for further discrimination and harassment”:

We are shocked and appalled at the volume of horrifically racist commentary we have received regarding this policy exception. The vitriol that county leadership, staff and community partners, have been subjected to is unprecedented… It saddens us greatly that we need to [reverse the policy decision]. We will not continue a Directive and policies that were intended to assist but instead are a potential source of harm for those we are sworn to protect.

Lincoln County are now “working on a plan” to fight racism, and will provide details on this “in the days and weeks ahead.”