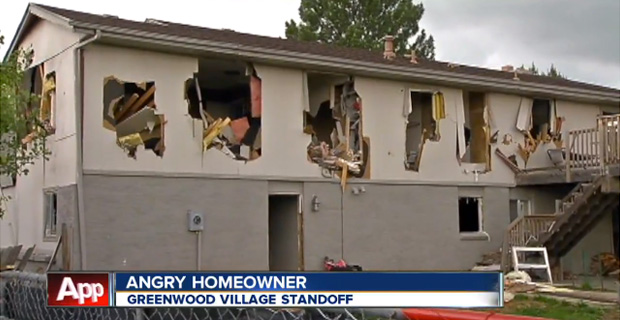 Greenwood Village resident Leo Lech’s home was the scene of a SWAT standoff last Thursday when a shoplifting suspect randomly ran inside his home to barricade himself from police.

The wanted man, Robert Seacat, 33, was pursued by officers after being suspected of stealing from a local Walmart.

A nine-year-old boy, who was home when Seacat arrived, managed to dial 911 and escape, just as the suspect entered the residence and proceeded to hole up for close to 19 hours.

Police evacuated seven nearby homes amid the standoff, in which Seacat exchanged fire with officers, and exhausted various methods in attempts to extract the suspect, “including using a robot, explosives and chemicals,” according to CBS Denver.

When all was said and done, Lech’s home looked like it’d been in a fight with a tornado and lost.

“This is a para-military action, done by para-military thugs. This is not a police force,” Lech told CBS. “To blow holes in every side of this house for one suspect with a handgun.”

“If you look at the photos of Osama Bin Laden’s compound, I would say his house looks better than mine does,” the man said.

Pictures reveal a busted down main door, gunshots dotting the inside of Lech’s home and entire sections of walls missing. 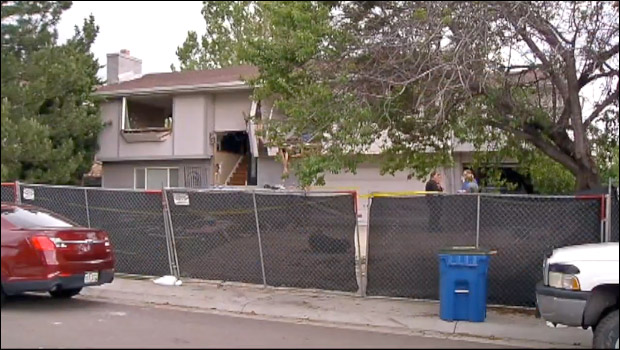 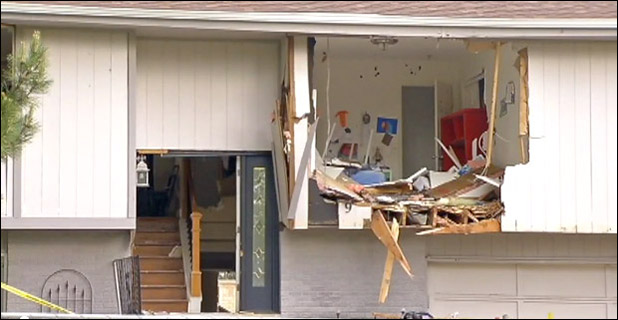 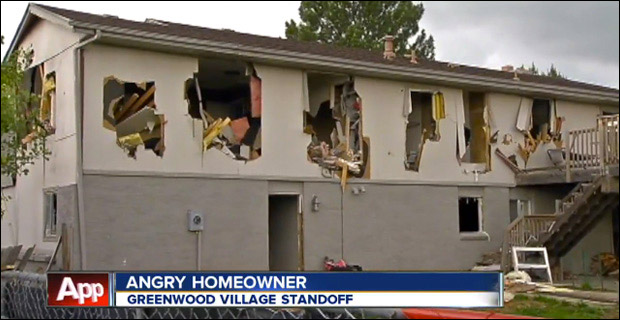 “There was obviously some kind of explosive that was fired into here,” Lech described to KMGH.

“When they used the explosives to blow apart the side of this house here, they broke our windshield,” a neighbor claimed.

“These incidents don’t happen every single day,” said Assistant to the City Manager Matt Cohrs. “Every incident is different and that’s why there’s a process that you follow and referring it to our insurance carrier already and beginning the work through that process.”

The explanation and reassurances did little to quell Lech’s frustration.

“They methodically fired explosives into every room in this house in order to extract one person,” Lech stated. “Granted, he had a handgun, but against 100 officers? You know, the proper thing to do would be to evacuate these homes around here, ensure the safety of the homeowners around here, fire some tear gas through the windows. If that didn’t work, you have 50 SWAT officers with body armor break down the door.”

“There are things in there that can’t be replaced,” Lech added. “You’ve destroyed a family’s life for nothing, absolutely nothing, due to poor decision making on the part of government officials.”

According to CBS, Lech’s homeowner’s insurance may not cover the damage because of a clause that exempts “incompetent government” acts.