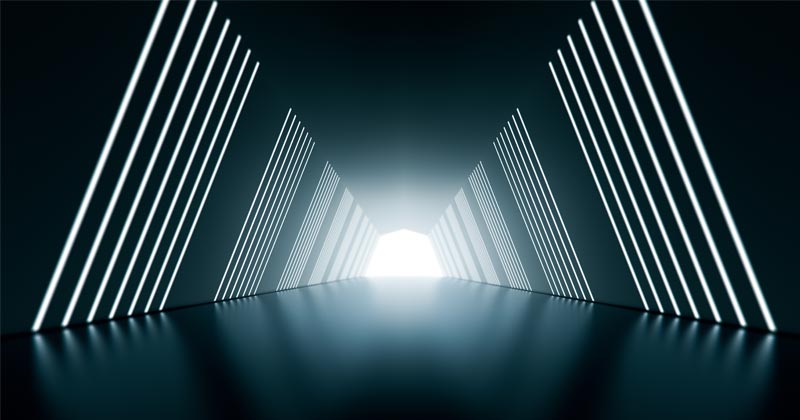 Uppsala University researchers have devised a new model for the universe – one that may solve the enigma of dark energy.

Their new article, published in Physical Review Letters, proposes a new structural concept, including dark energy, for a universe that rides on an expanding bubble in an additional dimension.

We have known for the past 20 years that the universe is expanding at an ever accelerating rate. The explanation is the “dark energy” that permeates it throughout, pushing it to expand. Understanding the nature of this dark energy is one of the paramount enigmas of fundamental physics.

It has long been hoped that string theory will provide the answer. According to string theory, all matter consists of tiny, vibrating “stringlike” entities. The theory also requires there to be more spatial dimensions than the three that are already part of everyday knowledge. For 15 years, there have been models in string theory that have been thought to give rise to dark energy. However, these have come in for increasingly harsh criticism, and several researchers are now asserting that none of the models proposed to date are workable.

In their article, the scientists propose a new model with dark energy and our universe riding on an expanding bubble in an extra dimension. The whole universe is accommodated on the edge of this expanding bubble. All existing matter in the universe corresponds to the ends of strings that extend out into the extra dimension. The researchers also show that expanding bubbles of this kind can come into existence within the framework of string theory. It is conceivable that there are more bubbles than ours, corresponding to other universes.

The Uppsala scientists’ model provides a new, different picture of the creation and future fate of the universe, while it may also pave the way for methods of testing string theory.

The paper’s introduction is below:

Since the discovery of dark energy, string theory has been faced with the challenge of reproducing a small positive vacuum energy. The dominant approach has been the reliance on a landscape of different vacua [1] equipped with a transition mechanism such that the anthropic principle selects our vacuum [2]. This approach became calculable in string theory with the construction of KKLT [3], in which one can achieve a landscape of scale-separated vacua, with both positive and negative cosmological constant (CC), by tuning flux numbers. However, there has been a recent debate regarding the correct application of supersymmetry-breaking and nonperturbative effects necessary in the construction of the landscape [4–12]. While the issues are not yet settled, some authors suggest that not a single rigorous string vacuum has been constructed, and further speculate that string theory abhors de Sitter space and any solution with positive vacuum energy will suffer from instabilities.

Given this lively debate, it is reasonable to consider the possibility that neither metastability nor scale separation are achieved in string theory in the way envisioned. It seems, therefore, that something completely different may be needed. In order to construct an alternative, we will take motivation from work that received considerable attention around the turn of the millennium just before the idea of the string landscape started to flourish: braneworlds. In this context, the cosmology we see as 4D observers is not due to vacuum energy, but rather arises as an effective description on a dynamical object embedded in a higher dimensional space.

In the scenario developed by Randall and Sundrum (RS) [13,14], two identical five-dimensional anti–de Sitter space ( AdS5) vacua are glued together across a three-brane. The 5D graviton has a zero mode confined on the brane that gives rise to an effective 4D gravity despite the existence of large extra dimensions; this solves the issue of finding scale-separated vacua. We will consider a variation of this scenario that starts with a metastable false AdS5 vacuum that nonperturbatively decays to a supersymmetric true AdS5 vacuum through bubble nucleation. Here, a spherical brane separates the two phases with an inside and an outside [Inside (outside) refers to the volume of a radial slice increasing (decreasing) as you move towards the brane.] and 4D observers confined to the brane experience an effective dS4. This scenario is further motivated by recent arguments that all nonsupersymmetric AdS vacua must possess such an instability in a consistent theory of quantum gravity [15,16].

You can read the full paper here.