The Drug Enforcement Administration planned to use license-plate readers to scan cars parked at gun shows and monitor their owners as part of an anti-gun-trafficking scheme, internal documents have revealed.

The plan was discussed in DEA emails in 2009, according to the Justice Department, which oversees the government agency.

One heavily redacted email reads, “DEA Phoenix Division office is working closely with [the Bureau of Alcohol, Tobacco, Firearms, and Explosives] on attacking the guns going to [redacted] and the guns shows, to include programs/operation with [license-plate readers] at the gun shows.”

The DOJ claims that the plan was scrapped by higher ups within the DEA before it was ever implemented in the field.

The National Rifle Association says that it is conducting an inquiry into the revelations. NRA spokesman Andrew Arulanandam said the organisation is “looking into this to see if gun owners were improperly targeted, and has no further comment until we have all the facts.”

The WSJ notes that the plan was being discussed at the same time the ATF was conducting the now infamous gun-trafficking investigation Fast and Furious, which allowed for the “walking” of thousands of firearms into the hands of Mexican drug cartels.

The DEA email was made public along with other documents as part of a Freedom of Information Act request on behalf of the American Civil Liberties Union. The WSJ revealed Monday that the government agency is stockpiling a vast national database of license plates using license-plate tracking technology installed on roads nationwide.

Under the justification of cracking down on drug smuggling, the database has been greatly expanded to monitor vehicles for other potential criminal activity.

The documents show that many state and local law enforcement agencies have been given the power to access the database, and even to track vehicles in real time.

“Internal documents show the primary goal of the database is asset forfeiture, a controversial practice of seizing motorists’ possessions if police officers suspect they are criminal proceeds.” The Journal explains, adding “Sometimes, those seizures take place without evidence of criminal wrongdoing.”

The DEA also has several other mass surveillance projects in operation, including its own giant database of metadata on phone calls, which is subject to less oversight than that of the NSA. The DOJ claims that the program was canceled in 2013.

The agency is also said to have embedded telco employees who are able to snoop on AT&T subscribers in real-time.

The DEA is also intimately involved in “parallel construction”, that is using surveillance gathered via questionable methods to make arrests, then reconstructing the evidence so that the surveillance programs are not revealed in court.

The DEA is also said to have paid a secretary at Amtrak $850,000 to give them all of Amtrak’s passenger lists, worked side by side with the NSA to record every single phone call in the Bahamas and, impersonated people on Facebook, even seizing people’s identities and uploading photos from their phones, in order to gather intelligence on Americans.

The out of control DEA has clearly engaged in all manner of surveillance operations, operating with immunity, with a total lack of oversight, either from it’s parent agency or from Congress. 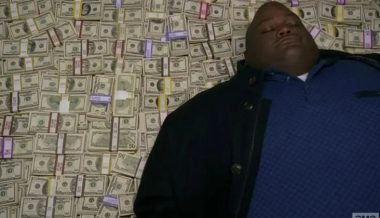 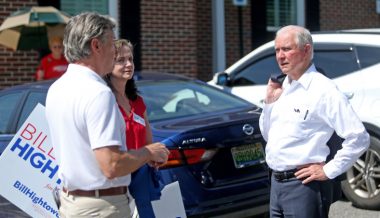