Feminists are “outraged” after an award winning French author told the truth by admitting that successful men are attracted to women younger than themselves.

Yann Moix, who is also a popular television presenter in France, told Marie-Claire magazine’s French edition that he was “incapable” of loving a woman aged over 50.

“Come on now, let’s not exaggerate! That’s not possible … too, too old,” said Moix, adding, “I prefer younger women’s bodies, that’s all. End of. The body of a 25-year-old woman is extraordinary. The body of a woman of 50 is not extraordinary at all.”

Moix, who has won several literary prizes including the prestigious Prix Goncourt, was immediately hit with a wave of “outrage” from feminists, according to the Guardian.

Women over 50 in 'not attractive to successful men of a similar age shocker'.

Astounding revelation from the Guardian. pic.twitter.com/fHzky8ZAVX

French MP Olivia Gregoire, a spokeswoman for Macron’s La République en Marche (LREM) party, tweeted: “Very classy Yann Moix. Very very classy. But like stupidity and vulgarity have no age, it’s reassuring in his case as I doubt many women want (these qualities).”

Other older women reacted by posting images of their own backsides (weird flex, but okay), with one telling Moix “you don’t know what you’re missing.”

The “outrage” was particularly swift and vehement for one primary reason; Moix was telling the truth.

While remaining unmarried and chasing women half your age is probably not the best lifestyle choice for stable happiness, to deny that successful men are attracted to younger women is utterly stupid.

Single women in their 50’s who haven’t had babies may like to pretend that they’re still a catch, but the fact of the matter is that they’re not, whereas older men who are wealthy and successful are still adept at attracting young, attractive women.

It may not be fair, but it’s basic social and biological reality; Something that feminists are usually keen to avoid. 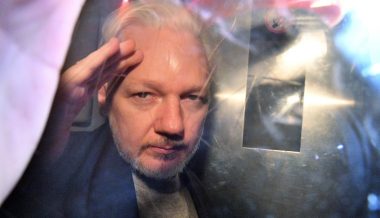 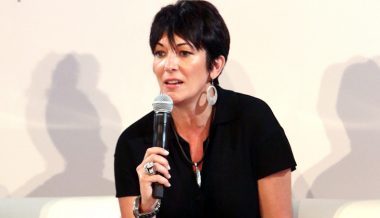