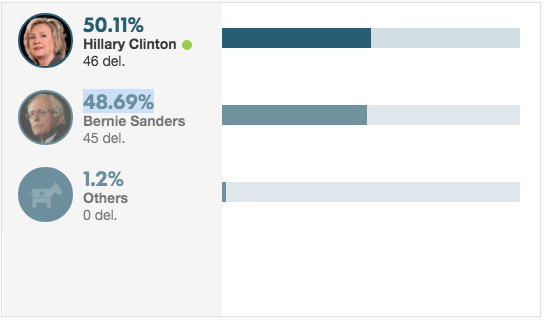 The Change.org petition, started by a Chicago-based Bernie Sanders supporter Wednesday, charges the ex-Commander in Chief with electioneering within 150 feet of a Massachusetts polling station, a “3rd degree Voter Violation Felony.”

“This is a call for the immediate arrest of President Bill Clinton for clear, knowing and egregious violation of the campaign laws to swing an election in a significant way,” the petition states.

Despite being “told to refrain from this activity,” the petition’s author argues, photos and video show Clinton campaigning for his wife just outside the polling station.

According to Massachusetts election law, “[N]o person shall solicit votes for or against, or otherwise promote or oppose, any person or political party or position on a ballot question, to be voted on at the current election… within 150 feet of a polling place.”

“You’re blocking the voting poll,” a New Bedford woman can be heard telling Clinton in one video, as he thanked Hillary supporters in the crowd.

A spokesman for Bill Clinton, who refused to comment on the allegations, instead referred reporters to Massachusetts secretary of state spokesman Brian McNiff.

“No one was prevented from voting,” McNiff said about the New Bedford incident. “The city and voters were notified well in advance of the event.”

Reports indicate Clinton visited multiple polling stations throughout the state, including in Newton and West Roxbury, where the former president was seen shaking hands with poll workers.

Some Sanders supporters have insinuated Bill’s presence at the polls helped tip the scales in Hillary’s favor, providing her the leverage to defeat Sanders by a mere 1.4 percentage points.