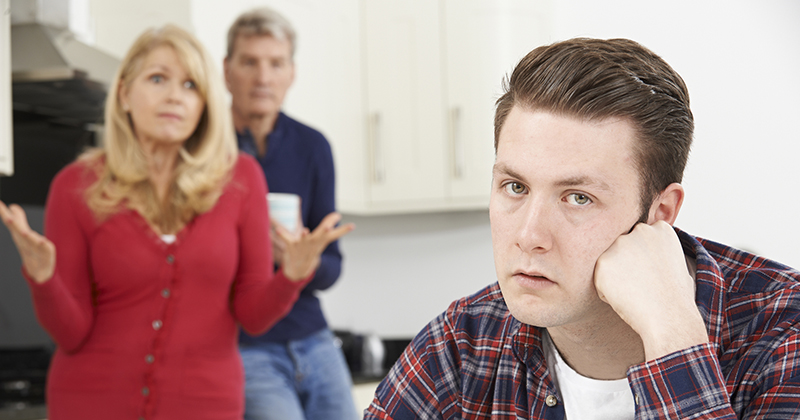 As the chaotic events of 2020 have unfolded, large numbers of young people have moved back in with their parents, and this has pushed the percentage of Americans in the 18 to 29-year-old age bracket that live with their parents to the highest level ever recorded.

Without a doubt, the collapse of the economy has hit young adults particularly hard.

About 59 million Americans have filed for unemployment over the past 24 weeks, and low wage workers have been disproportionally affected by this tsunami of job losses.

Needless to say, young adults traditionally make up a large chunk of our low wage workers, and now that really tough times have hit a lot of them are being forced to fall back on their mothers and their fathers for support.

More patriotic callers are reaching out to the show to show how much they are trying to get more and more people to resist the mask mandate.

According to a brand new report that was just put out by the Pew Research Center, 52 percent of all young adults in this country are now living with their parents…

A new report by the Pew Research Center found that a majority of young adults — 52% — lived with one or both of their parents in July. Pew’s analysis of monthly Census Bureau data notes that this is higher than any previous measurement.

For purposes of this report, Pew defined a “young adult” as anyone that is in the 18 to 29-year-old age bracket.

At this point, 26.6 million young people are living with their parents.  We have never seen a number this high, although Pew suspects that the level may have been higher during the Great Depression of the 1930s…

In any event, what we are witnessing right now is extremely alarming.

Many tend to think of young people that live with their parents as lazy or unproductive, but that is not necessarily the case.  Many of them were working extremely hard to make it on their own, and as Jeremy Sopko has pointed out, “nobody wants to be living at home with mom and dad”…

‘For the most part, nobody wants to be living at home with mom and dad,’ Jeremy Sopko, CEO of Nations Lending Corporation, a mortgage lender told the Huffington Post.

‘It’s a difficult situation that’s been exacerbated by the pandemic and it may take years, if not the better part of a decade, for younger demographics to recover and be financially stable enough to leave home.’

And many parents may not be too thrilled to have their adult children living at home either.

But at this point we need to realize that times have fundamentally changed.

As economic conditions become even rougher, we are going to increasingly see situations where multiple generations are living under one roof, and there is nothing wrong with that.  Having each generation live separately in different homes is a relatively modern phenomenon, and it has been made possible by our incredible affluence.  But as the economy continues to collapse, survival is going to take precedence over convenience.

All over the nation, family is going to have to take care of family.  None of us can possibly take care of everyone out there that is hurting, but if we all take care of our family members that will make a tremendous difference.

If you have a home, you are going to need to be prepared to take in members of your family and extended family that fall on rough times.

If you don’t have a home, you will need to be humble enough to ask other members of your family or extended family for help if you need it.

I know that a lot of people may not like what I am suggesting, but we have to realize that the old rules don’t apply anymore.

We are in the middle of the worst economic collapse in modern times, and things are going to get much, much worse.

Already, some of the economic numbers that we are seeing are hard to believe because they are so bad.

For example, it is now being projected that 63 percent of all restaurants in New York are “likely to close by the end of the year”…

On Thursday, the New York State Restaurant Association published the results of a survey that found the state’s restaurants are in need of financial support from the government after months of closures during the coronavirus pandemic.

How bad do things have to get before the economic optimists will admit that we have a complete and utter economic disaster on our hands?

And the civil unrest that is plaguing major cities all over the country just continues to roll on.

On Sunday, President Trump tweeted out a video of a rioter in Portland that accidentally set himself on fire with a Molotov cocktail…

President Donald Trump ridiculed ongoing protests in Portland by tweeting a video of an activist accidentally setting himself on fire with a Molotov cocktail.

‘These are the Democrats “peaceful protests”. Sick!’ Trump panned on Sunday as he retweeted a clip of the activist and fellow protesters desperately trying to extinguish the blaze engulfing his pants.

This is the kind of civil unrest that I have been warning about for years, and now it is here.

There have been violent protests in Portland for 100 nights in a row, and that streak isn’t going to end any time soon.

And now the presidential election is less than two months away, and many fear that this will take things to an entirely new level.  If you would like to read my analysis of what is potentially ahead, please see my recent article entitled “Why We Are Facing The Biggest Election Nightmare In Modern American History No Matter Who Ends Up Winning”.

Things are going to get really nuts in the months ahead, and there will be no going back to the way that things were before.

When things get really difficult for you personally, you may need to move in with your parents or other members of your extended family.

On other other hand, if you are in good shape financially you may need to be the one that takes in members of your family or extended family.

Making it through what is ahead is not going to be easy, and we are all going to need someone to lean on at some point.