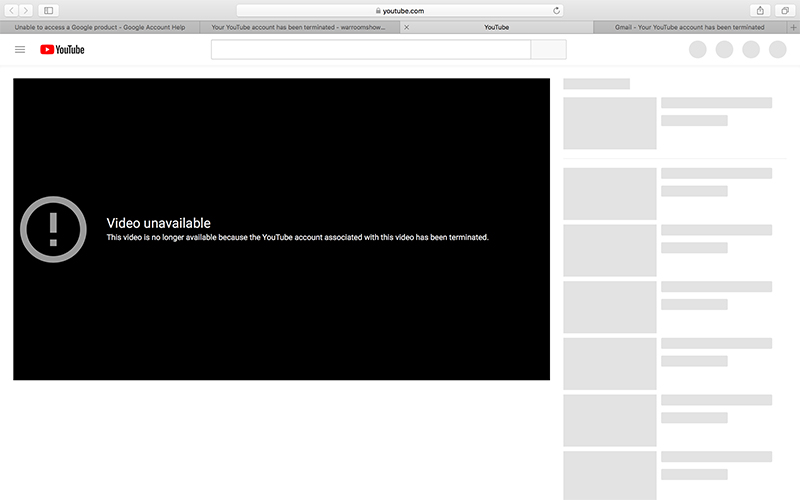 The personal YouTube account used by Roger Stone and Owen Shroyer has been terminated over a video entitled “Trump now toe-to-toe with the globalists in the fight for America.”

The account was personally set up by Owen Shroyer around a year ago and was not directly linked to the now-deleted YouTube accounts of Alex Jones. 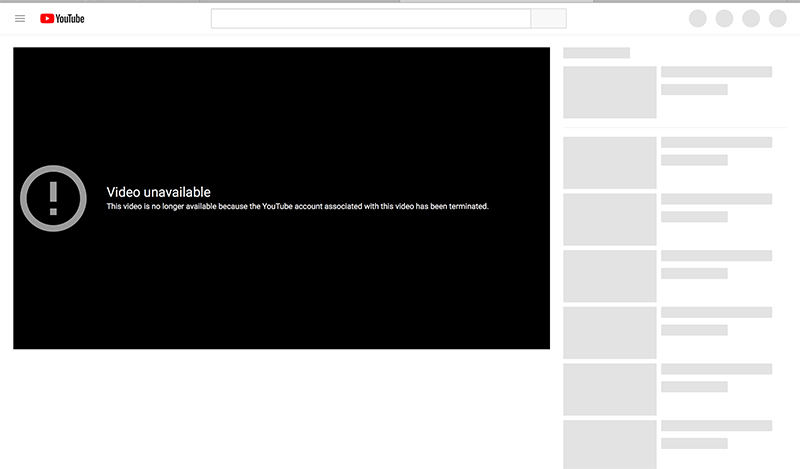 In the video, Owen Shroyer reported on a viral Twitter video showing a black woman attacking a white kid with a dustpan while the kid is sitting at a school desk, which was newsworthy given its viralness:

I do not know the context of this clip…But it looks like the intro for a very interesting movie:

“Hey…Thats me in the chair”…”I bet you are wondering how I got in this situation”….”First, let me go back and tell you how my day started” pic.twitter.com/1M38bwMhjV 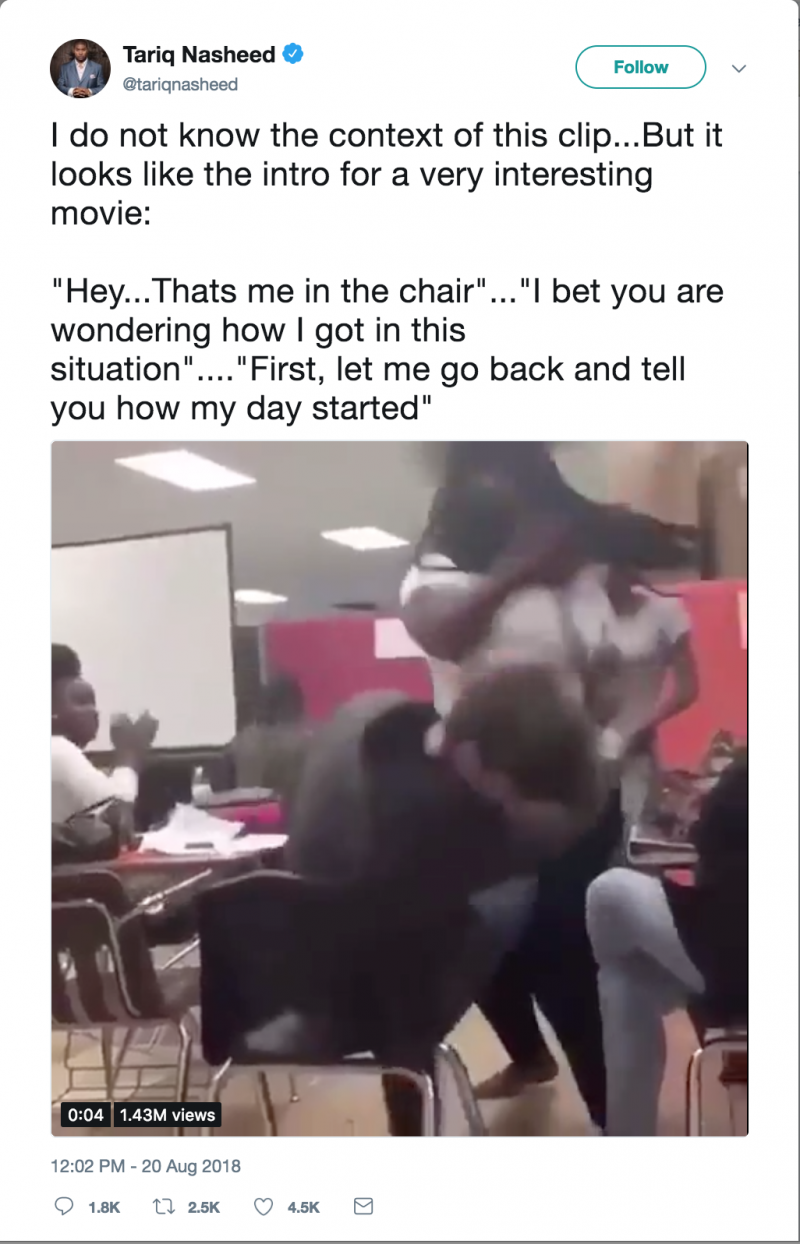 Google claimed it removed the video containing the footage and banned the channel because, despite the newsworthiness of the footage, the “depictions of such activities that we may allow need to be education or documentary in nature.”

In other words, news reporting of a crime is not okay according to Google, despite the fact that TV stations do just that every day.

You can watch the full broadcast below and decide for yourself. The segment in question starts at the 33:00 mark:

Interestingly, Twitter has not deleted the video at the time of this writing. 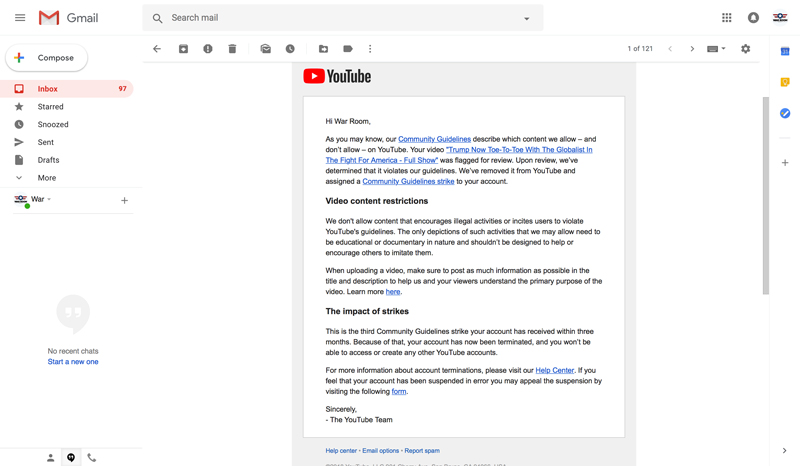 Hours before the ban, Media Matters published an article claiming that Alex Jones was “circumventing” his Facebook ban by appearing in the now-deleted War Room broadcast for about 25 minutes, even though it was the Alex Jones page and various other pages which were terminated from Facebook, and not Jones himself as a living, breathing human.

It’s beyond authoritarian to suggest that the mere image and voice of Alex Jones should be deleted entirely.

Persecution Continues: Deep State Turns The Heat Up On Infowars