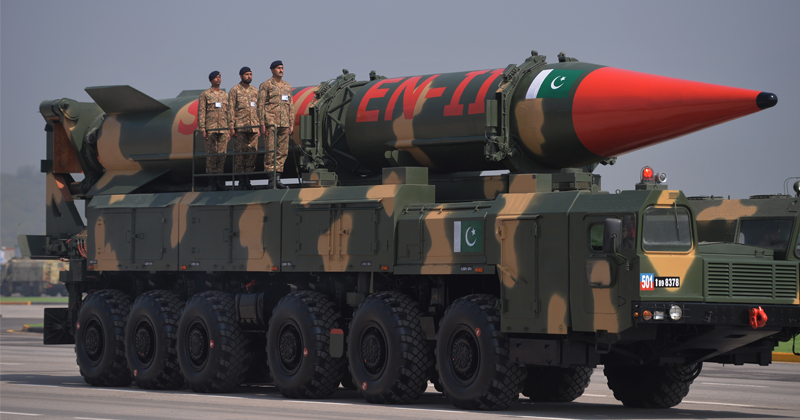 At a moment of continuing top level military talks between India and China in which the two sides said they’ve agreed to work toward “complete disengagement of troops” from the contested Line of Actual control in the disputed Eastern border region, it appears tensions for India are about to shift right back to its Western border once again and New Delhi’s most immediately threatening nuclear rival of Pakistan.

A highly visible member of the National Assembly of Pakistan has grabbed national headlines for threatening India with nuclear war.

Pakistan Minister Sheikh Rashid told a national broadcaster during an interview that his country’s nuclear arsenal “will save Muslim lives” should India conduct acts of aggression.

“If Pakistan gets attacked by India, there is no scope for convention war. This will be a bloody and nuclear war. It will be a nuclear war for sure,” Rashid told Samaa TV. He said only Muslim’s would survive such a nuclear showdown.

“Our weapons will save Muslim lives and will only target specific regions. Pakistan range now even includes Assam. Pakistan has no option in convention war; therefore India knows if something will happen it will be the end,” he added provocatively. He emphasized Pakistan’s arsenal of “small and perfect” nukes can be narrowly targeted to inflict proper punishment on Muslim Pakistan’s enemies.

Though Rashid has no position or authority within the defense ministry, he’s head of the influential political party Awami Muslim League, and currently serves as Federal Minister for Railways.

It’s certainly not the first time with recent tensions still boiling in the aftermath of India’s immensely contentious revoking of Article 370 from Jammu and Kashmir, and moving tens of thousands of national troops into the region, that a Pakistani official has invoked the prospect of nuclear response.

In August 2019 it was no less than Prime Minister Imran Khan that said if India doesn’t back down, the use of nukes could be on the table.

“I want to tell (Narendra) Modi that our Army is ready for anything they do in Kashmir (PoK). The world should know that when two nuclear countries face-off, the whole world will be harmed. I tell this to everyone I speak with,” he said at the time.