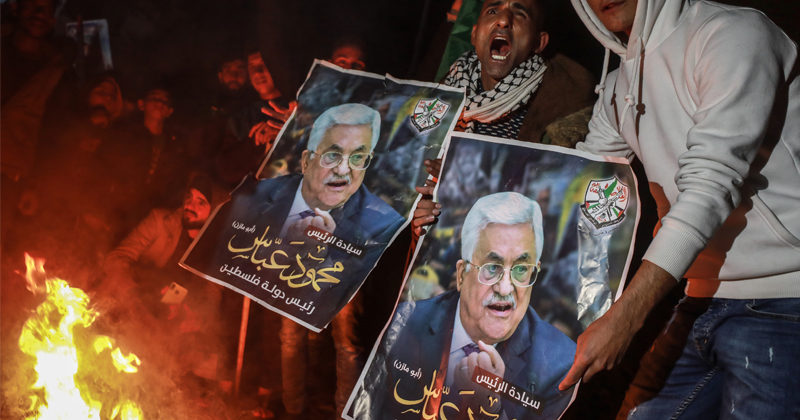 On Tuesday, US President Donald Trump unveiled his long-anticipated ‘deal of the century’ – a peace plan for the resolution of the Israeli-Palestinian conflict.

According to a map published by the Trump White House, Palestinians have been offered two significant plots of land in the south of Israel connected with the Gaza Strip.

Following the introduction of the Trump administration’s so-called deal of the century, Palestinian National Authority (PNA) President Mahmoud Abbas stated that Jerusalem is not for sale, and dubbed the offer a “conspiracy”.

Abbas observed that the deal “is not going to happen” and that people will throw it in the “garbage can of history”.

According to the text of the proposed plan, Jerusalem would become the “sovereign capital of the State of Israel, and it should remain an undivided city” – a proposition Abbas – and many other nations in the region – has firmly rejected.

The sovereign capital of the State of Palestine should be in the section of East Jerusalem located in all areas east and north of the existing security barrier, including Kafr Aqab, the eastern part of Shuafat and Abu Dis, and could be named Al Quds or another name as determined by the State of Palestine,” the plan reads.

Abbas stated that the Palestinians do not accept the Trump deal, as well as US mediation efforts, noting that real talks could only begin with the ‘Middle East Quartet’ comprising Russia, the US, the European Union (EU), and the United Nations (UN).

Abbas claimed that the United States would eventually recognize an independent Palestine within the pre-1967 war borders.

“Time will come when America will be forced to say ‘yes’ in the UN Security Council to an independent Palestinian state within the borders of June 4, 1967,” Abbas said.

Abbas, a member of the Fatah party, addressed internal political factions, urging members to cooperate, given new threats that the territory faces after Trump and Israeli Prime Minister Benjamin Netanyahu unveiled their peace deal in Washington earlier on Tuesday.

Abbas added that the world would only recognize Palestinian statehood when the territory’s political factions are united, in a firm rejection of the terms of Trump’s so-called Deal of the Century.

“We need to step over and leave those little differences behind us in order to stand as one unified lion. And if we do this, certainly the whole world is going to accept this, and to believe that we are a people who deserve life,” Abbas asserted.

Prior to the presentation of the deal, Trump said that he had sent a letter to Abbas, offering him four years to study the US-proposed plan and negotiate an accord with Israel.

“During this time, the Palestinians can use appropriate deliberation to study the deal, negotiate with Israel and achieve criteria for statehood and become a truly independent and wonderful state.”

Trump promised Abbas the support of the United States and other countries as well if he chooses what the US characterizes as “the path to peace.”

Abbas has repeatedly accused Trump of a pro-Israel bias, rejecting previous mediation efforts by the president’s son-in-law and other US representatives. The Palestinian leadership is yet to officially respond to the US peace deal.

As Trump’s peace plan was revealed to the public in Washington on Tuesday, Netanyahu stated that Tel Aviv was ready to negotiate with Palestinians on the terms of the agreement that, he suggested, offered what he suggested was a realistic path to peace.

Palestinian authorities have said that they will reject any settlement that violates international law. At the request of the Palestinian government, the Arab League will hold an extraordinary meeting on Saturday to discuss the terms of the Middle East peace plan.